The Steve Buscemi/Vampire Weekend clips have been a hit on social networks.

The second episode in the Steve Buscemi/Vampire Weekend series of comedy clips - in support of their American Express-sponsored collaboration at New York's Roseland Ballroom on April 28 - is now online. It sees Buscemi once again playing a sort of hapless out-of-touch version of himself, trying to promote the show with some, err, guerrilla marketing techniques. Mainly hastily printed posters.

The new video begins with the Boardwalk Empire actor handing out flyers on a subway train, before he and band head to Brooklyn's Melody Lanes bowling alley where they approach patrons about the show. "If you love rap, you'll those these," Buscemi tells one frizzy haired youth. Things get uncomfortable when drummer Chris Tomson makes badly timed Big Lebowski reference, leading Buscemi to ask, "Is he speaking in Polish or something?"

Vampire Weekend's performance at the Roseland Ballroom will be available as a live stream. Their new album Modern Vampires of the City arrives on May 14, 2013. Brooklyn born Buscemi stars alongside Jim Carrey and Steve Carell in The Incredible Burt Wonderstone. 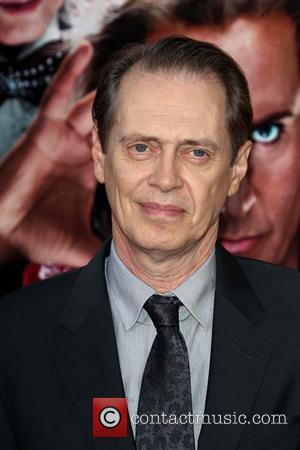 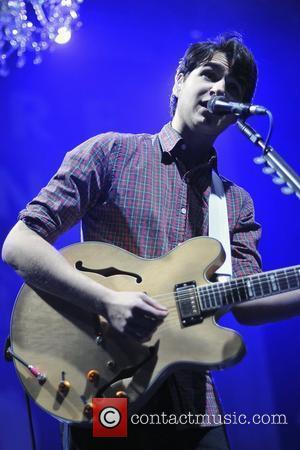