Hollywood actor Steve Buscemi went unnoticed by his date until she saw a film poster at his apartment. 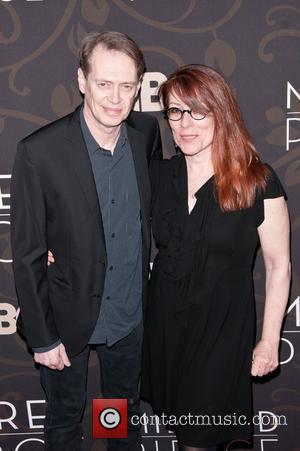 'Boardwalk Empire' star Steve Buscemi's wife supposedly didn't realise he was her movie star crush when they first met - it took until the couple went back to Buscemi's apartment and she saw one of his film posters, not long after they stared dating.

Related: Boardwalk Empire Season 5: A Peek at The Depression Era As "All Empires Fall"

Jo Andres, an artist, knew from a very early age that she wanted to "snag" the 'Reservoir Dogs' actor after she saw a poster of him. When she met the 'Fargo' star for the first time, she had no idea who he actually was and failed to recognise him as the Hollywood star he was.

Related: Boardwalk Empire Calling it Quits After Five Seasons - Is That Enough?

In an interview with the film star, he explained: "When we met, she didn't realise I was the guy on the poster. When we got to my apartment, she saw the same poster and said, 'That's you!'" Buscemi and Andres married in 1987.