Aoki is alleged to have broken the neck of a female fan after stage-diving into the crowd at a gig three years ago.

Steve Aoki’s famously unhinged on-stage antics may have just landed him in deep trouble, as reports have emerged that a fan has accused him of breaking her neck after a stage dive at a California gig in May 2012.

The EDM star, who was the highest grossing dance artist in North America during the year in question, launched himself from a raised platform into the crowd at the show in the Hard Rock Hotel in San Diego, landing on an inflatable pool raft and crowd-surfing across the assembled fans in this manner. 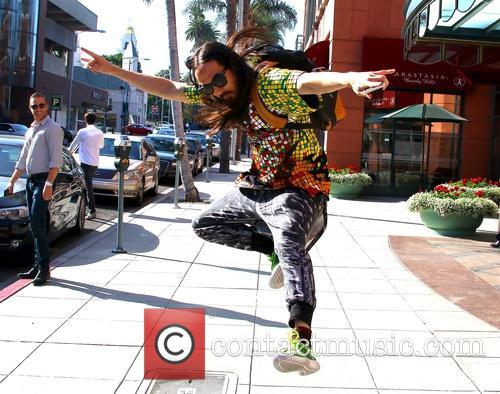 However, allegations have emerged that he seriously injured somebody in doing so. Concert goer Brittany Hickman told ABC 10 News that she was knocked out by the impact of Aoki landing on the inflatable, under which she had been trapped. “I don't remember too much of it because I was knocked unconscious,” she says. “He threw a pool raft into the crowd and climbed up the scaffolding to the top of the make-shift stage and then he jumped off of the stage into the pool raft.”

Hickman, who was at the gig as part of a trip around California with friends and had never even heard of Aoki or his music, continued: “I was trapped underneath the pool raft because they threw it out right where I was standing. My friends told me he landed on top of the pool raft, hit me on top of the head and I got knocked over. They said I was laying on the ground for a moment and I didn't get up.”

“I came to when one of the people working for the Hard Rock was wrapping my ankle. They released me back into the concert. At the point when I walked outside, that's when I realized where I was. That Steve Aoki had jumped and actually hit me in the head and I was knocked out. If I would have thrown my arms above my head or reached for something, I could have paralyzed myself. I just want to be back to the way I was before.”

Hickman says she didn’t realise she had a broken neck until she visited a hospital a few days later when the pain hadn’t diminished, and was forced to miss almost two months of work. Almost exactly three years later, she has filed a lawsuit against both Aoki and the Hard Rock Hotel.

Aoki reacted to the allegations through a statement by his attorney. “I would never want anyone to get hurt at any of my shows and feel badly that someone has, but at this time I have been advised by my attorneys to not speak about this as it's going to trial. Thank you for your understanding.”

The case is due to be heard in August this year.