Stereophonics' new album, 'Graffiti on the Train', is inspired by two boys who habitually run over the roof of Kelly Jones' house to do their illegal artwork . 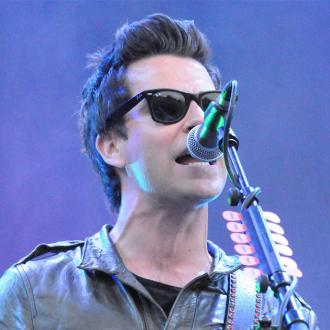 Stereophonics' new album is inspired by two boys who run over the roof of Kelly Jones' house.

The band's lead singer is also developing a screen play in conjunction with the album, 'Graffiti on the Train', which was partly inspired by two youths who hang out near his house in London.

He told Q magazine: ''It's a rites of passage story about two boys who finally get out of a small town and realise there's more to life in Europe. I was writing the script and writing the songs at the same time. It started because of two kids who kept coming over my roof to get to the train tracks to do graffiti, We're developing the script with BAFTA.''

Kelly has long collected notes about people he's observed and his lyric books go back to even before the band was started in 1992.

He added: ''I have lyric books from the first three albums. When we started the band I was either working in the market or at the art college. I was always writing stuff down, that's why I use these books. One of them is from before we got signed and our ideas for band names are still in the back. The Dust Caps, Stillborn Lambs, The Apple Jacks. There's some terrible names in there. it's a bit like looking back on an old diary.''