Review of Decade In The Sun Album by Stereophonics

Review of Stereophonics' album Decade In The Sun. 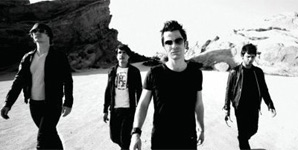 Though slightly inaccurate in its title (they've been going for over ten years), 'Decade In The Sun' is a best of from Kelly Jones and co., that captures the progress of one of Wales' premier bands. Available as a single or double CD set, the solo disc is very much a greatest hits compilation, with the bigger edition providing a more in-depth picture of the group.

Very much for the casual fan, the disc of hits has all the usual suspects from Stereophonics - 'Local Boy In The Photograph', 'The Bartender And The Thief' and 'Dakota' a part of a strong opening salvo. The older tracks have aged well; particularly 'Just Looking' and 'Traffic', and those unfamiliar with them should be impressed. More recent numbers such as 'Superman' also hold their own, though the inclusion of the cover of 'Handbags And Gladrags' is clearly for the Radio 2 audience. The obligatory two new tracks showcase opposing styles the band is capable of, 'You're My Star' trudging along softly while the more exciting 'My Own Worst Enemy' rips your ears off, perhaps due to the co-writing input of newish guitarist Adam Zindani.

Disc Two is said to be a selection of band favourites and thankfully doesn't just throw in the singles that didn't make the regular release. We're reminded of the fun duet with Tom Jones, 'Mama Told Me Not To Come', the groovy foray into dance which was 'Moviestar', and the epic 'I Stopped To Fill My Car Up' - Jones' storytelling at its best. A cover of Ewan MacColl's 'First Time Ever I Saw Your Face' features a brilliant vocal take from Jones, while 'Not Up To You' and 'Carrot Cake And Wine' are gems from Stereophonics' earlier career. Even the most ardent of fans can find something new, a never before commercially released version of 'She Takes Her Clothes Off' that sees the origins of the acoustic track as an energetic punk song.

The two releases actually act as a good metaphor for Stereophonics. On one you pretty much know what you're getting, a selection of crowd pleasers, but if you dig a bit deeper then you find more variation which is ultimately more rewarding and a clearer picture on the opening chapter of the band's career.