Stereophonics - Only The Names Have Been Changed Album Review

Review of Only The Names Have Been Changed Album by Stereophonics

Kelly Jones
Only The Names Have Been Changed
Album Review 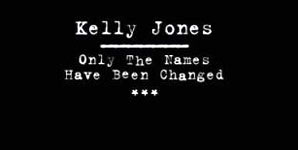 As the creative force of Stereophonics, it was almost inevitable that Kelly Jones would at some point release solo material and it was during the recording of the band's sixth album that he put together this collection of songs. Currently available for download, Jones plays a handful of live dates from the end of March to coincide with the record's limited physical release on March 26.

In solemn tone, 'Suzy' begins the record with Jones accompanied mainly by guitar and the odd injection of piano and strings. Characteristic of the album, the organic feel allows his trademark voice to take centre stage and means that the tracks have to be listened to intently, as opposed to being background music. 'Rosie' is a fantastic and detailed observation of the life of a nurse, before heartfelt thanks are made to the central character - it would seem Jones is truly appreciative of the heroine's work. Taking a much darker tone is the enthralling 'Katie' - about a girl who dodges taxi fares by having sex with the driver - and, despite its quirky sound chorus, "Violet". The story of a murdered prostitute, it was written in December of last year and is very possibly influenced by the killings in Ipswich around that time.

Proving to still be a potent narrative writer, the 'phonics lynchpin reworks the previously released 'Jayne' into a mournful ballad, while 'Emily' is a tragic narrative of infidelity. Song names are also metaphors for the content of the tracks, such as the stirring 'Liberty' - about a girl who wants to be free - and the thankfully short description of the confused 'Misty'. Surprisingly dynamic, 'Jean' is a welcome injection of energy that sees Jones impressively ranting about self-examination and making something of your life. The best is saved to last though, with the appropriately titled 'Summer' being a contrast to the darker tales with its gorgeously warm melody and beautiful description of simply making shapes from clouds with a loved one. It perfectly captures an innocent romance and has a twist of humour that can be related to by anyone who has experienced a British Summer - the tranquillity being interrupted by a downpour.

Kelly Jones is unlikely to be remembered for this record and it certainly won't break records or get much airplay - not that the man is likely to be too bothered. What 'Only The Names.' does do is prove that he is a fantastic songwriter who has lost none of his knack for writing social commentaries or narratives in great detail.