Although the 44 year-old actor help develop several of the tracks for the proposed musical, he does not plan to reprise his role on Broadway. 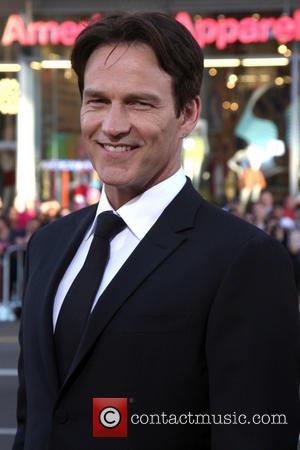 Several days ago 'True Blood's' longtime composer, Nathan Barr, revealed that a musical version of the hit HBO series may be headed to Broadway.

Stephen Moyer, who plays vampire Bill Compton, reportedly assisted in developing the stage adaptation, which the pair then presented to the show's producers.

But the British actor does not plan on reprising his role in the proposed musical.

"I helped Nathan with some of the songs and we presented them to producers," Moyer told the NY Daily News at the 'True Blood' season 7 premiere in L.A. Tuesday (June 17th).

"It is really interesting what he is doing and the music was actually quite good," added the 44 year-old, who was joined by his co-star and wife, Anna Paquin.

Even though Moyer already has experience performing in musicals, he starred in NBC's live stage production of 'The Sound of Music' last December (2013), he did explain why he doesn't want to head to Broadway.

"Working in Broadway is tough and we have a young family here in L.A. And this stage show would be a younger man's role," he said. "It's time for me to move on from this now. I have loved every minute of it, but Anna and I are laying it to rest."

MORE: Anna Paquin Poses Naked With Husband In A Coffin For Magazine Cover

Moyer even desired the raunchy scene to last longer than it did!

"If anything, I wanted it to be longer because I directed that scene as a really powerful moment to show that these two characters do really love one another," he said. "Anna doesn't really say anything about these sex scenes anymore, after what we've done on the show. But I thought she and Joe looked good together." 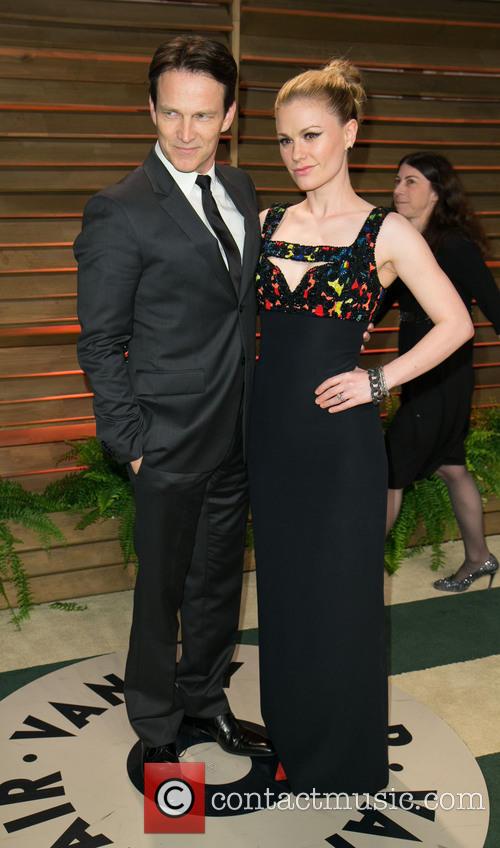