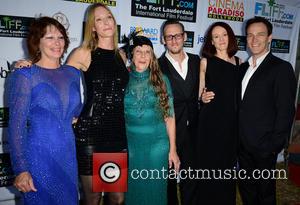 Actor Stephen Moyer has scored himself a few keepsakes from his favourite show Breaking Bad after constantly praising the series in interviews.

The True Blood star reveals he was such a huge fan of the drug drama and talked about it so much in interviews, creator Vince Gilligan started sending him props from the series.

He says, "I was a Breaking Bad fanatic. In fact I spoke about it so much... I was such a big fan that Vince Gilligan started sending me gifts to say, 'Thank you'.

"I've got one of (lead character) Walter White's masks on my shelf in my office."

The final episode of Breaking Bad, which starred Bryan Cranston as a chemistry teacher-turned-drug kingpin, aired in America in September (13).