Playing the bad guy has always got to be a lot of fun for any actor, but what about when that character in question is or was a real person? Stephen Moyer plays the criminal Marcus Ford in the forthcoming true story drama 'The Hatton Garden Job'.

We're sure he'll make exceptions when it comes to people like Hitler or child killers, but Stephen Moyer believes you always have to find empathy for your character in a movie no matter how terrible they may be. He plays one of the criminals involved in the 2015 Hatton Garden safe deposit burglary for his latest film.

Watch the trailer for 'The Hatton Garden Job' here:


But what if the character you have to play really is an awful person? It's not a problem for the forgiving Stephen Moyer. 'Ultimately, I always say that you kind of have to love the guy you're playing even if he's despicable', he admits. 'I always end up loving the people I play. For me it's not about right or wrong unless the story's about right or wrong.'

'The Hatton Garden Job' follows a group of ageing veteran criminal masterminds who decide to rob one of the largest and most secure units in the city of London, though are ultimately thwarted and sent to prison. 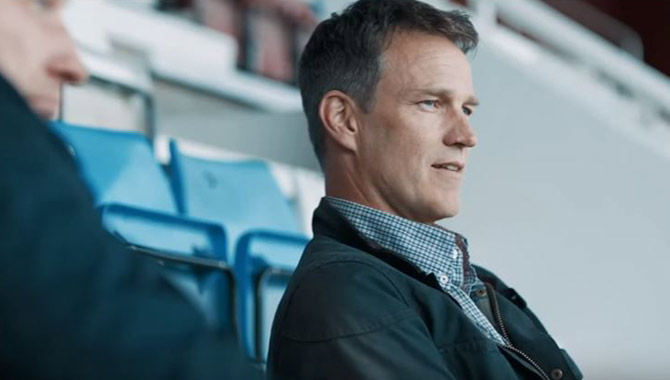 The award-winning actor is best known for his role of Bill Compton in vampire series 'True Blood'. Most recently he appeared in the crime drama series 'Shots Fired', and his next project is the sci-fi action TV movie 'Gifted' directed by four-time Primetime Emmy nominated Bryan Singer.