The teaser promises plenty of scares when 'IT' hits theatres later this year.

Stephen King's critically-acclaimed horror novel 'IT' has been terrifying readers for decades now, and despite once getting a small screen live adaptation in 1990, which starred Tim Curry as the creepy clown Pennywise, this year's movie release will serve as the first time 'IT' has hit the movie theatre.

The young cast featuring in Stephen King's 'IT'

This time round, former 'Hemlock Grove' actor Bill Skarsgård will be donning the makeup and handing out the red balloons as Pennywise, luring children to their death and making sure the residents of Derry, Maine don't get much sleep.

With kids disappearing more often than would be the norm, a group of youngsters are faced with their biggest fears when they come up against Pennywise, learning of a history of murder and violence that dates back for centuries.

The newly-released trailer shows a glimpse at one of the most iconic scenes from the original story, as young Georgie Denbrough takes out his paper boat to ride the streams of water created by the heavy rain, before losing it down a drain. When he goes to recover it, there's a sinister face waiting...

That's not the only scary clip we get to see though, with the film's young cast working with one another to pull the pieces of an eerie tale together. When they discover exactly what's going on in their small town, however, they may wish they never started their investigations at all.

Watch the trailer for IT:

Working with them is director Andrés Muschietti ('Mama'), who tackles a screenplay adapted by Chase Palmer & Cary Fukunaga, and Gary Dauberman. 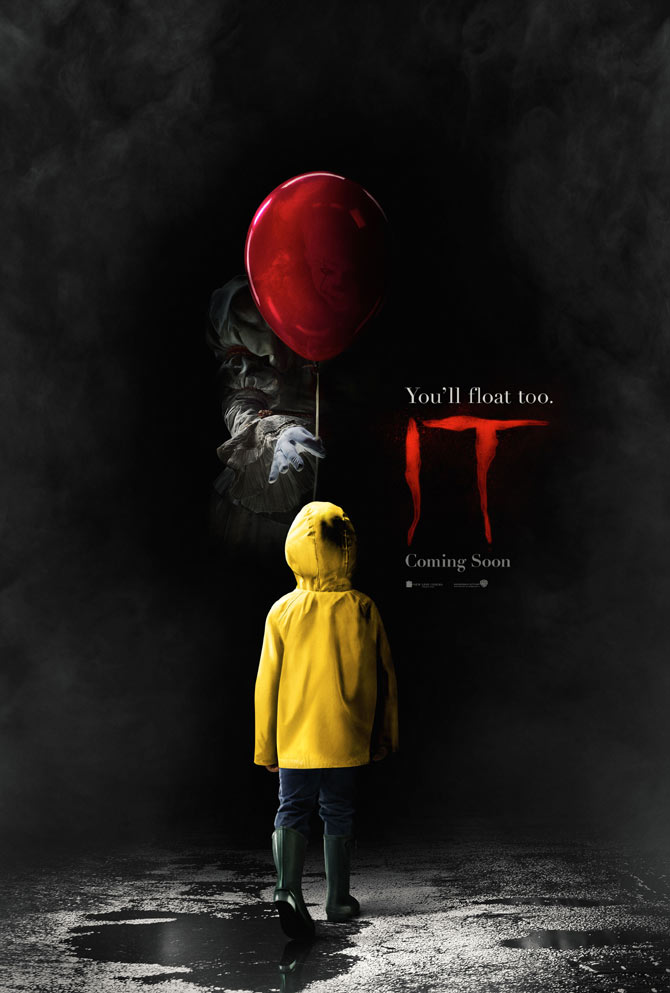 Are you brave enough to watch Stephen King's 'IT' on the big screen?

'IT' will be released across the nation on September 8, 2017 by Warner Bros. Pictures. Certification and running time are to be confirmed.