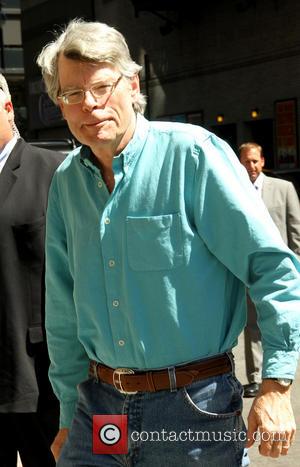 Celebrated horror author Stephen King is being sued by a New Jersey writer, who claims he based his sadistic character in MISERY on her.

ANNE HILTNER claims she's the real ANNIE WILKES, who was famously portrayed by Kathy Bates in the movie adaptation of the chilling story.

In her lawsuit, obtained by US news show CELEBRITY JUSTICE, Hiltner claims "Psycho Nurse Wilkes" is a caricature based on her, and she accuses King of "invasion of privacy."

Hiltner makes a similar claim about another King creation, SALLY DRUSE, from the writer's short-lived 2004 TV mini-series STEPHEN KING'S KINGDOM HOSPITAL, insisting the author used her for that portrayal too.

King's legal team aren't taking Hiltner's suit too seriously after revealing she once claimed King's book RIDING THE BULLET was plagiarised from her brother's manuscript. She lost that lawsuit.

She also lost a 1990 legal battle with King after she claimed Misery was plagiarised from her own writings.