It might not surprise you to know that Stephen King's work has been adapated to film and television more times than any other author in history. Of course, it helps that he is such a prolific writer; already he's had one book published this year with another coming in October, and that's after the two he publised in 2017.

In less than a year, he's already seen four films based on his work including 'It' and 'The Dark Tower', and there are at least five more in the works. In celebration of that, we list ten of the best Stephen King adaptations ever to hit the big screen.

1 The Shawshank Redemption (1994)
At the top of the list is this 7-time Academy Award nominated drama starring Morgan Freeman and Tim Robbins. It's all about a man convicted of murdering his wife and her lover, and ends up spending 19 years of his time in prison tunnelling his way out with a rock hammer. It's based on the 1982 novella 'Rita Hayworth and Shawshank Redemption', and even though it is highly considered one of the greatest films of the nineties, it was actually a box office flop when it was first released. 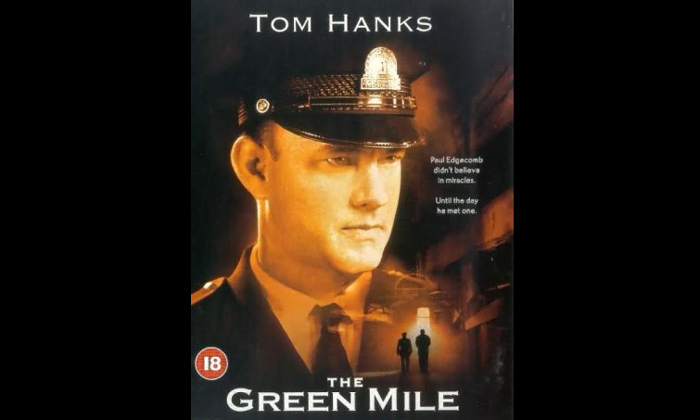 2 The Green Mile (1999)
One of three Stephen King adaptations to be directed by Frank Darabont (alongside 'The Shawshank Redemption' and 'The Mist'), this is another one set in a prison. It follows a death row corrections officer who witnesses the supernatural abilities of a man wrongly convicted of the rape and murder of two girls, and is told as a series of flashbacks as the protagonist recalls the events from his assisted-living home. The film was nominated for four Oscars, though strangely not for Tom Hanks' role as Paul Edgecomb. 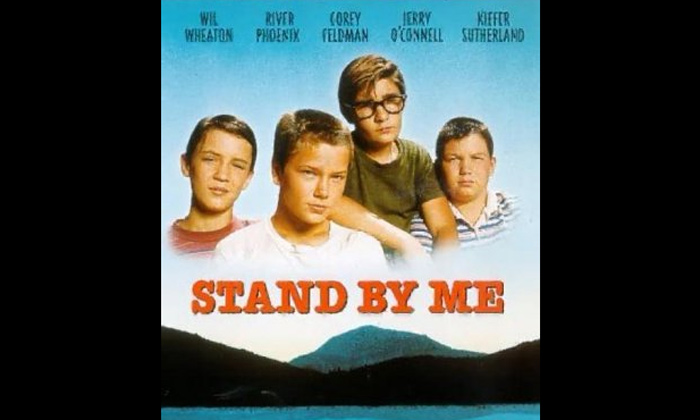 3 Stand By Me (1986)
An 80s coming-of-age classic starring Wil Wheaton, River Phoenix, Corey Feldman and Jerry O'Connell as four boys who set out on a long hike in a bid to discover the body of a missing child. Directed by Rob Reiner, it's based on the novella 'The Body', with the name deriving from the Ben E. King song. It was nominated for an Academy Award for Best Adapted Screenplay. 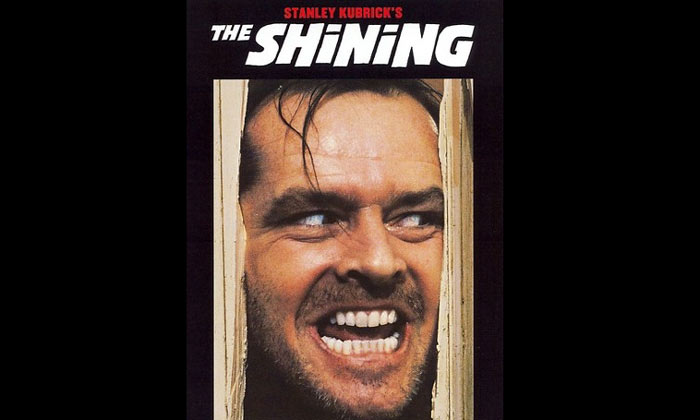 4 The Shining (1980)
Arguably the best known Stephen King adaptation because it probably has the most famous director: Stanley Kubrick. Jack Nicholson plays Jack Torrance; a writer who gets a job as a winter caretaker at the Overlook Hotel, which will allow him plenty of time to focus on his book. His young son begins showing signs of psychic abilities, and discovers there are more than just ghosts in this mountain retreat when Jack begins to change. 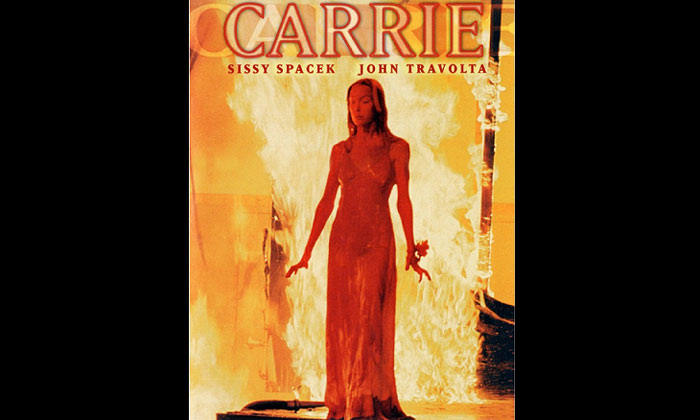 5 Carrie (1976)
Brian De Palma directed this first adaptation of Stephen King's first ever novel, published just two years previously. Nominated for two Oscars, it saw Sissy Spacek as a shy teen with telekinetic abilities living with her religiously fanatical mother. Eventually, a combination of her home life and her bullies causes her to exact a firey revenge on everyone who ever wronged her. Spacek was actually 26-years-old by the time the movie came out; that's ten years older than her character. Go figure. 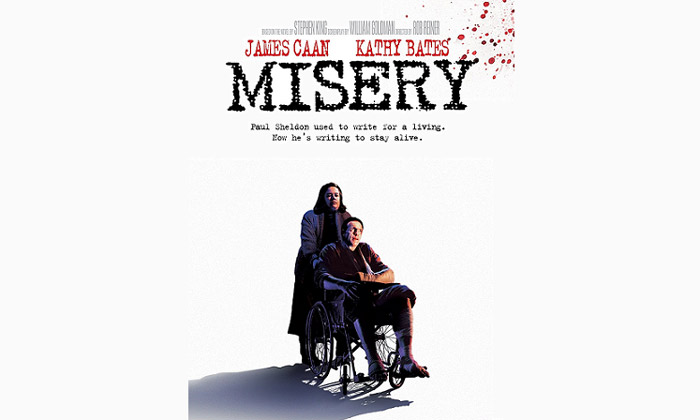 6 Misery (1990)
Another Rob Reiner success, this one won Kathy Bates her Best Actress Academy Award - and deservedly so. She played an ex-nurse named Annie Wilkes obsessed by author Paul Sheldon and his Misery Chastain romance novels. She brings him to her home after he is left unconscious and stranded in the middle of a blizzard, and holds him hostage out of anger that he plans to end the Misery series. The film features one of the most disturbing horror scenes in movie history. 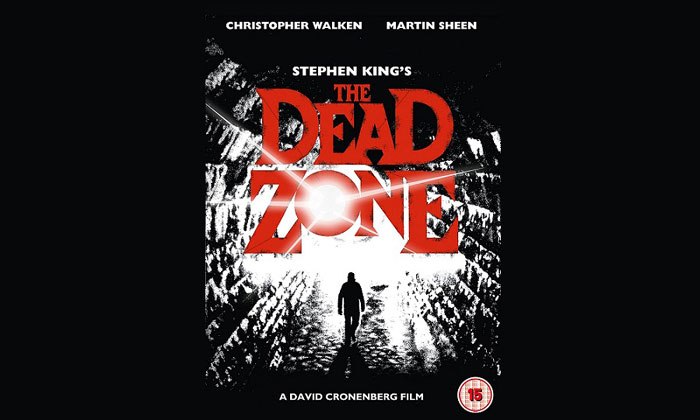 7 The Dead Zone (1983)
Another film about supernatural powers, this David Cronenberg classic stars Christopher Walken as a teacher who - following a five-year coma - acquires the ability to discover people's secrets through touch, as well as see the future and thus change the course of events. The movie was later adapted into a television series starring Anthony Michael Hall. 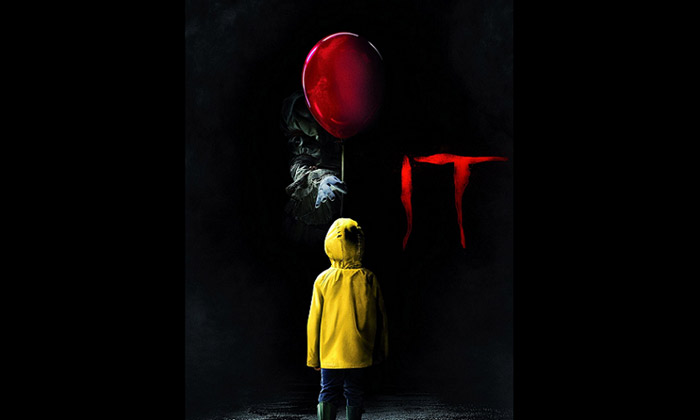 8 It (2017)
The 1990 TV mini-series will always be thought of as 'the original', but Andy Muschietti's remake starring Bill Skarsgård as Pennywise the clown and 'Stranger Things' actor Finn Wolfhard was an incredible success. A group of kids begin to have strange and horrific visions that none of the grown-ups in their town appear to see, and no-one seems to acknowledge the strange events that have been plaguing the town every 27 years. The follow-up; 'It: Chapter Two'; will be released in 2019. 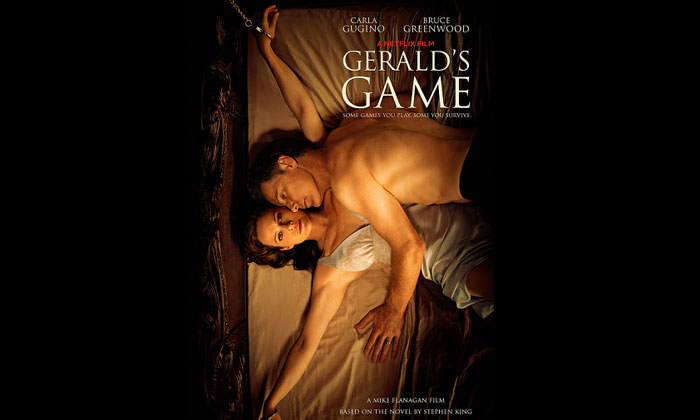 9 Gerald's Game (2017)
A Netflix original directed by Mike Flanagan, this is probably one of the most nail-biting thrillers Stephen King has ever released. A couple decide to rekindle their marriage with a trip to an isolated lake house, where the husband - Gerald - handcuffs wife Jessie to the bed. Jessie eventually protests, but when he suddenly dies of a heart attack, she is left trapped and must survive while trying to find a way out of this situation, hallucinating along the way.

10 The Mist (2007)
Finally, one of Stephen King's own favourites, this adaptation is particularly famous for the ending which turned out to be much darker than that of the book. It sees a group of people trapped in a grocery store as a thick mist descends on the town, within which lives a terrifying monster devouring any living thing that dares to enter into the mist. But the danger isn't just outside; a religious woman named Mrs. Carmody threatens the lives of everyone when she convinces a group that the apocolypse is nigh. 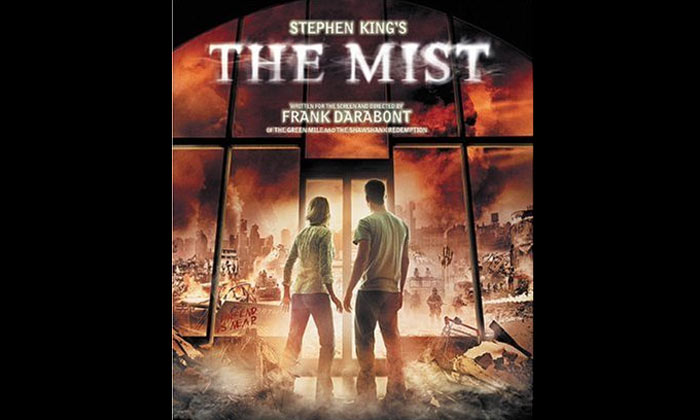