From Australia, this dark and edgy thriller is skilfully made by writer-director Damien Power to drag the audience right into the middle of the horror. It may be a bit simplistic thematically, with an ultimate message that's feels almost bullying, but while it lasts it's a properly intense freak-out, merging two timelines to keep us chilled to the bone. 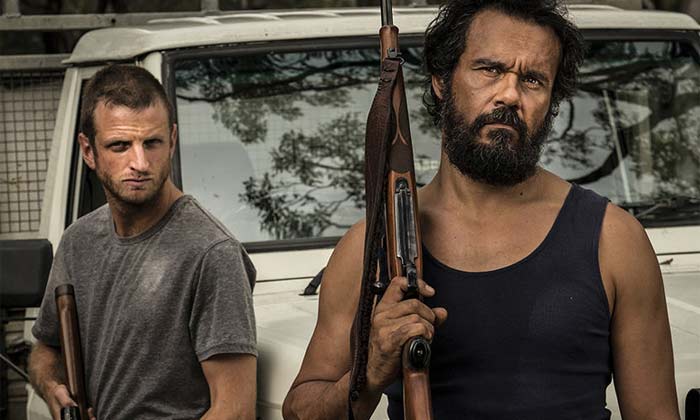 It's set in a dense forest somewhere in the Outback, where Ian and Sam (Ian Meadows and Harriet Dyer) have gone for a weekend camping trip to celebrate Ian's new job as a doctor. Pitching their tent alongside a picturesque lake, they notice a campsite at the other end of the shoreline that seems to be eerily empty. Meanwhile, we watch the residents of that other tent earlier in the day: Rob and Margaret (Julian Garner and Maya Stange) with a cheeky young toddler and sullen teen daughter Em (Tiarnie Coupland). Each of these groups of campers has an encounter with two local thugs, German and Chook (Aaron Pedersen and Aaron Glenane), who are in the area hunting wild pigs and are just a bit trigger-happy.

Filmmaker Power crosscuts between these two timelines in clever ways that keep the tension high while quietly filling in details to make the overall story come into focus. This allows him to gently build the suspense, deepening the characters just enough so that we care what happens to them, and adding some complexities that make everyone easy to identify with. Even the aggressors aren't as simplistic as they could have been. Pedersen makes German intriguingly reticent, annoyed by Chook's sadistic tendencies but aware that he has the same urges. Oddly, the dynamic between Ian and Sam is a bit more troubling, as the script simplistically ridicules Ian's innate fear without trying to understand it. 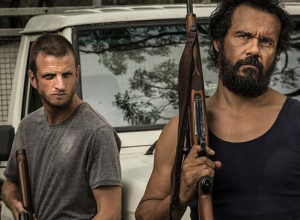 From Australia, this dark and edgy thriller is skilfully made by writer-director Damien Power to...