The British espionage TV series arrives on the big screen without the same mega-budget as something like Mission: Impossible, which wouldn't be an issue if the script weren't so simplistic. While it's lacking in the character and story complexity needed to make it something special, it at least has an enjoyably twisty plot that plays with some very current themes, and the cast is thoroughly watchable. It's just a shame that the film never manages to surprise us. 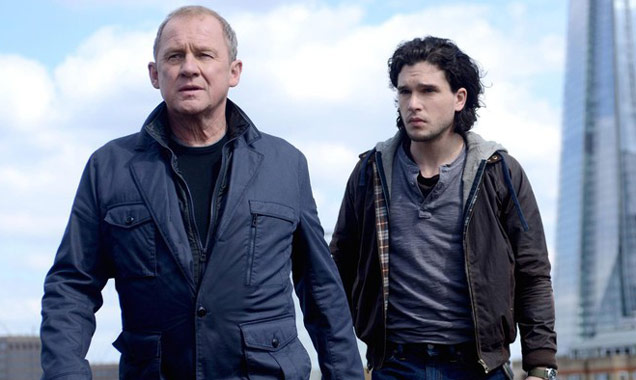 It opens as the global terrorist Qasim (Elyes Gabel) is sprung from custody while he's being transferred in East London from Britain's MI5 to America's CIA. Clearly there was a leak, so MI5 boss Harry (Peter Firth) goes rogue to sort out the mess and recapture Qasim. Meanwhile, British intelligence officials (including Jennifer Ehle and Tim McInnerny) recall ex-agent Will (Kit Harington), because he has a relationship with Harry. Working with another agent, June (Tuppence Middleton), Will secretly locates Harry and begins to work with him to defuse the situation, all while there's a significant threat of a major terrorist attack on London. Meanwhile, there are hints that all of this is meant to destabilise MI5 so the CIA can take over.

Describing the plot makes it sound like it's operating on several levels, but director Bharat Nalluri keeps everything extremely straightforward. Wrinkles in the story feel oddly matter-of-fact, so the film's momentum never really fluctuates: it just continues on a steady pace forward, exactly like an extended episode of a television series. There are the usual chase scenes, international settings, explosions, ambushes and revelations, but it's more like a checklist of elements that need to be included than a proper trajectory for a story. And the characters never seem to have a life outside the events depicted on screen, which leaves them strangely uninvolving. 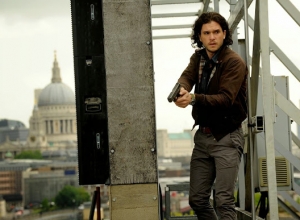 The British espionage TV series arrives on the big screen without the same mega-budget as...