The 57-year-old comedian only had harsh words when asked what he would say if was "confronted by God" when he died.

Stephen Fry is a known atheist, but when he was recently asked about his opinion on a higher power, the British comedian didn't hold back in branding God as "utterly evil, capricious and monstrous," if there actually is one. 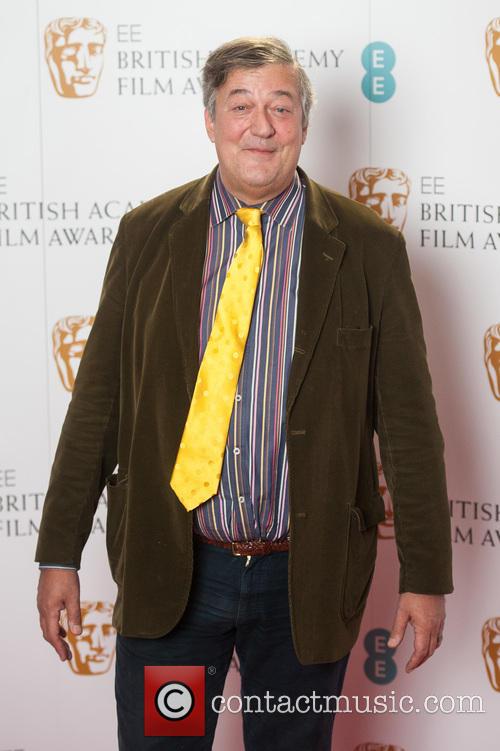 Fry's verbal attack on the notion of a deity was aired Sunday night (Feb 1st) on RTE television's 'The Meaning of Life,' and a preview clip of the interview uploaded to YouTube has already garnered over 3.5 million views.

Fry's harsh words came when Irish TV presenter Gay Byrne asked him what he'd say to God if he died and had to confront our creator.

"How dare you create a world in which there is such misery that is not our fault? It's not right," Fry said he would tell God. "It's utterly, utterly evil. Why should I respect a capricious, mean-minded, stupid God who creates a world which is so full of injustice and pain?"

When Byrne probed Fry about how he would react if he was "confronted by God" at the pearly white gates, the 57-year-old comedian replied, "I would say: 'bone cancer in children? What's that about?"

"Because the God who created this universe, if it was created by God, is quite clearly a maniac, utter maniac," he continued. "Totally selfish. We have to spend our life on our knees thanking him?! What kind of god would do that?"

And the barrage didn't stop there, when Fry was further quizzed about the beauty and wonders of the world, he continued to harshly criticise the all-knowing God.

"Yes, the world is very splendid but it also has in it insects whose whole lifecycle is to burrow into the eyes of children and make them blind. They eat outwards from the eyes. Why? Why did you do that to us? You could easily have made a creation in which that didn't exist. It is simply not acceptable," he ranted. "It's perfectly apparent that he is monstrous. Utterly monstrous and deserves no respect whatsoever. The moment you banish him, life becomes simpler, purer, cleaner, more worth living in my opinion."