Stephen Fry's husband Elliot Spencer has revealed their honeymoon in Honduras was ruined by ''homophobia''. 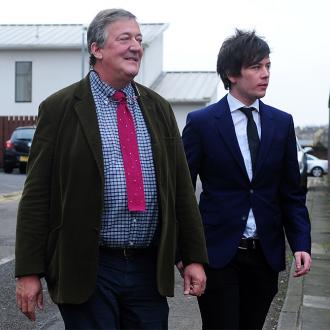 The 57-year-old entertainer's husband Elliot Spencer - who tied the knot with the 'QI' host in January this year - has confessed the pair's trip to Honduras had to be cut short because they faced a ''problem'' related to their sexuality.

Speaking of their travels to the Central American country - where same-sex relationships are not illegal but same-sex marriages have been banned for a decade - Elliot told The Daily Mail newspaper: ''We had a problem when we visited Honduras on holiday.

''It was homophobia. I don't want to go into detail, but we had to leave.''

However, the 27 year old insists the newlyweds haven't been put off travelling together and have loved exploring new places together in Europe and the US.

Elliot added: ''Many of the countries Stephen's been to before, but he likes to see them through new eyes with me.

''It has been an amazing bonding experience.

''Last year, we did most of Europe, then we went to America.''