Fry was also criticised for a joke he made about Best Actor nominee Eddie Redmayne.

Stephen Fry has deleted his twitter account after coming under fire for a joke he made while hosting the BAFTA awards on Sunday evening (February 14th). Fry, who has hosted the awards ceremony for 10 years, had hit back at the online critics before removing his twitter account completely. 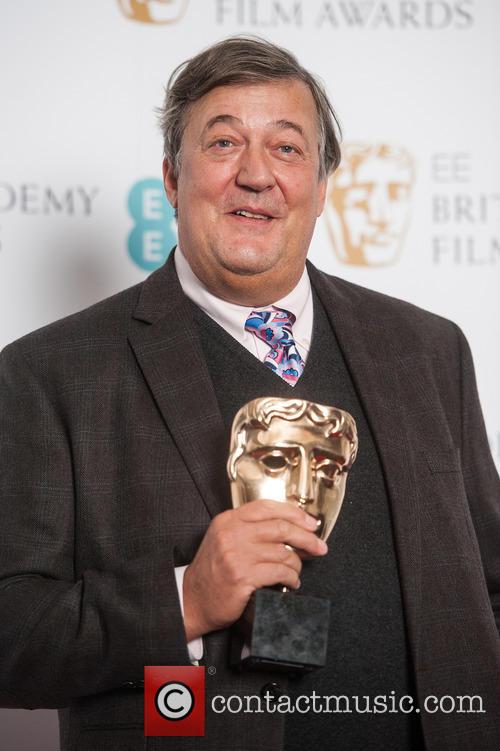 After costume designer Jenny Beavan won the Best Costume Design award for her work on Mad Max: Fury Road, Fry joked: “Only one of the great cinematic costume designers would come to an awards ceremony dressed as a bag lady.”

Twitter users were quick to chastise Fry for the joke, with some calling his remarks ‘misogynist’. ‘So just a word to the tragic figures who think calling Jenny Bevan a bag lady was an insult. She's a dear friend and she got it. Derrr,’ Fry later responded (via MailOnline).

'Will all you sanctimonious f***ers f*** the f*** off Jenny Beavan is a friend and joshing is legitimate. Christ I want to leave the planet.’ The 58-year-old then tweeted a picture of himself with Beavan and wrote: ‘Jenny Baglady Beavan and Stephen Outrageous Misogynist Swine Fry at the #EEBAFTAs after party’.

Fry has hosted the BAFTA awards since 2004, but following last night’s uproar some social media users have called for him to be sacked as host. He is also one of the most prolific celebrity tweeters, having gained over 12 million followers since he first began tweeting in 2008.