Stephen Fry denounced God as "utterly evil, capricious and monstrous" during RTE show The Meaning of Life on Sunday (February 2, 2014). The writer and actor's response came after he was asked by Gay Byrne what he would say to God if he died and had to confront him. 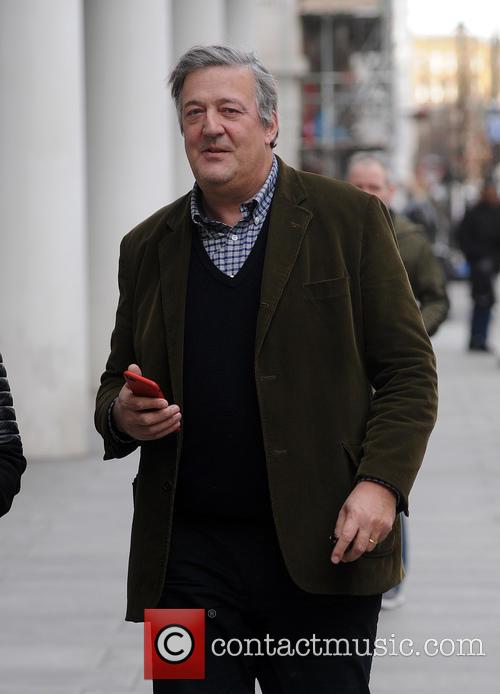 In his imaginary conversation with God, Fry said: "How dare you create a world in which there is such misery that is not our fault? It's not right.

"It's utterly, utterly evil. Why should I respect a capricious, mean-minded, stupid God who creates a world which is so full of injustice and pain?"

Asked by Byrne how he would react if locked outside the pearly gates, Fry continued: "I would say: 'bone cancer in children? What's that about?'

"Because the God who created this universe, if it was created by God, is quite clearly a maniac, utter maniac. Totally selfish. We have to spend our life on our knees thanking him?! What kind of god would do that?"

"It's perfectly apparent that he is monstrous. Utterly monstrous and deserves no respect whatsoever. The moment you banish him, life becomes simpler, purer, cleaner, more worth living in my opinion."

The QI host recently visited the Cambridge Union to debate the disestablishment of the Church of England. He attended with his new husband Elliott Spencer on Thursday night and was presented with a celebratory cake from students.

"The adorable darlings of the @cambridgeunion had such a surprise for me last night," Stephen tweeted with an image of the baked goodie, "We're now tucking in #yum."

More: Stephen Fry quits Twitter - but is it to shoot Star Wars: The Force Awakens

Stephen Fry Opens Up About '90s Disappearance: 'My Luck Began To Fizzle Out'