Stephen Fry admitted he wanted to be James Bond and would have loved to play him on the big screen.

The 62-year-old star may described Ian Fleming's fictional British spy as ''sexist and cruel'', but he grew up loving the character - played by the likes of Sir Roger Moore, Sean Connery and Pierce Brosnan - and he would have loved the chance to take on the iconic big screen role.

As quoted by the Daily Mail newspaper's Sebastian Shakespeare column, he said: ''Brutal, snobbish, sexist and cruel as he could be, I was a great lover of all things James Bond when I was a youth.

''I don't mind admitting, shallow and silly as it sounds, that I wanted to BE Bond.''

Unfortunately for Fry, the chance to play 007 never materialised, and he joked he would have been better suited to a role as a sidekick or as a villain.

He added: ''As for my coming close to Bond, well, it didn't take me long to realise with a sigh of acceptance that I was suited by nature to be a Blofeld or perhaps a Goldfinger or a Drax - even a Miss Moneypenny or a Q - but never a Bond.''

Although he didn't get his dream role, Fry has still enjoyed a successful big screen career with appearances in movies such as 'Alice in Wonderland', 'Sherlock Holmes: A Game of Shadows' and the second two movies - 'The Desolation of Smaug' and 'The Battle of the Five Armies' - in 'The Hobbit' trilogy.

Meanwhile, upcoming Bond movie 'No Time To Die' could be delayed until 2021 because of the coronavirus pandemic.

The highly anticipated film has already had its release date shifted from April to November as a result of the global health crisis, but recent reports claim some studio executives believe it should be pushed back even further.

It is unclear both when and how cinemas will be able to reopen once the pandemic eases and some Bond chiefs feel it will be safer postponing the film - which marks Daniel Craig's final appearance as 007 - until next year.

A source said: ''If it has to wait till next year so be it. There are hundreds of millions of dollars involved here. Release it when audiences feel safe to return. But it's a nerve-racking call.'' 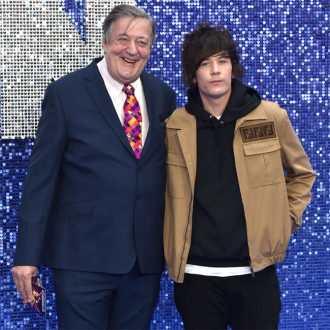