Fry recently said that victims of abuse ought to 'grow up'.

Everyone has the right to an opinion, but sometimes people in the public eye need to take more care in what they say for the sake of their fans. Stephen Fry is a prime example of this, having just caused an avalanche of anger after telling child abuse victims to 'grow up'. 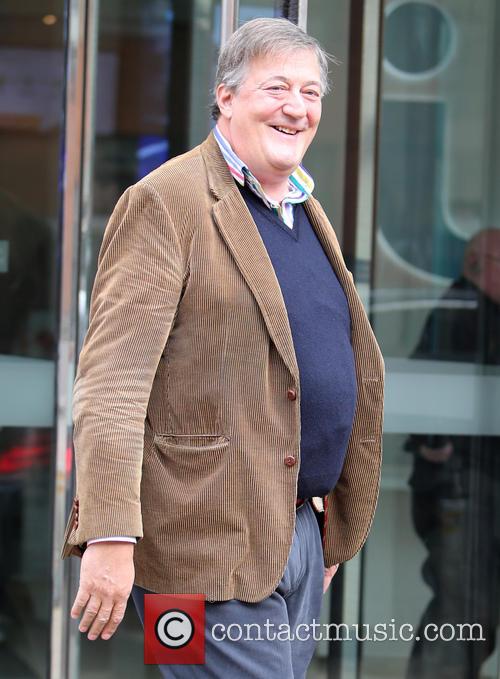 Many people have jumped to Fry's defence claiming that his words have been taken out of context, but that doesn't excuse the insensitively flippant language he used to make his point. In an appearance on the self-proclaimed 'politically incorrect' US talk show 'The Rubin Report', he made his feelings about abuse victims avoiding certain literature for fear of emotional triggers very clear.

'There are many great plays which contain rapes and the word 'rape' now is even considered a rape', he said. 'They're terrible things and they have to be thought about, clearly, but if you say you can't watch this play, you can't watch Titus Andronicus, or you can't read it in a Shakespeare class, or you can't read Macbeth because it's got children being killed in it, it might trigger something when you were young that upset you once, because uncle touched you in a nasty place, well I'm sorry.'

Wait, what?! 'Because uncle touched you in a nasty place'? Is this so-called great British intellectual and National Treasure being deliberately condescending towards sufferers of incestual child sex abuse?

'It's a great shame and we're all very sorry that your uncle touched you in that nasty place', he continued, reiterating his heartbreakingly patronising exemplification. 'You get some of my sympathy - but your self-pity gets none of my sympathy because self-pity is the ugliest emotion in humanity. Get rid of it, because no one's going to like you if you feel sorry for yourself. The irony is we'll feel sorry for you if you stop feeling sorry for yourself. Just grow up.'

Because Stephen Fry's never shown signs of feeling sorry for himself, has he?

Being a bipolar disorder sufferer himself, he has done much humanitarian work for mental health charities and is the current president of Mind. Which only makes it worse that he's said such shockingly pitiless things.

'We understand why some people may have been upset by Stephen Fry's remarks in a recent American TV interview. Stephen was speaking in a personal context, giving his own views as part of a longer discussion on the subject of freedom of speech', Mind responded in a statement following the backlash. 'As President of Mind, Stephen Fry has done a huge amount to raise awareness and understanding about bipolar disorder and other mental health problems. He has supported Mind in our campaigning activities over the last decade and has helped enormously to change public attitudes in the UK about mental health for the better. We will be speaking to Stephen to discuss the concerns our supporters have raised.'

As of yet, Stephen Fry has not commented on the anger that has resulted from his comments; indeed, he deactivated his Twitter account earlier this year after one too many negative comments towards him for another reason.