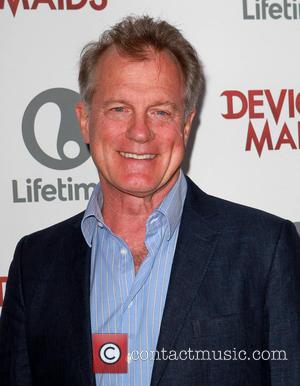 The story broke early on Tuesday (07Oct14) when Tmz.com published audio tape featuring a man purported to be the actor confessing to his sick actions.

Reports suggest the remarks were made during a therapy session with his estranged wife Faye Grant in 2012. She allegedly taped the conversation without her husband's knowledge.

Shortly after the news broke, movie executives fired Collins from the set of the Ted sequel and now he's lost another big gig - on Tv drama Scandal.

A representative for ABC tells BuzzFeed.com, "We can confirm that we will not be airing any footage with Stephen Collins."

The actor portrayed the character Reed Wallace in a 2012 episode of the series.