The former ‘Colbert Report’ host is set for a very special guest spot on the Fox sitcom.

So what’s Stephen Colbert been up to since leaving is hugely successful Comedy Central series in December? Growing a beard of course! Yes the usually well groomed ex-host of 'The Colbert Report' stepped out late last week looking a little different, thanks to some added facial hair. But is his new look all for his next TV gig? 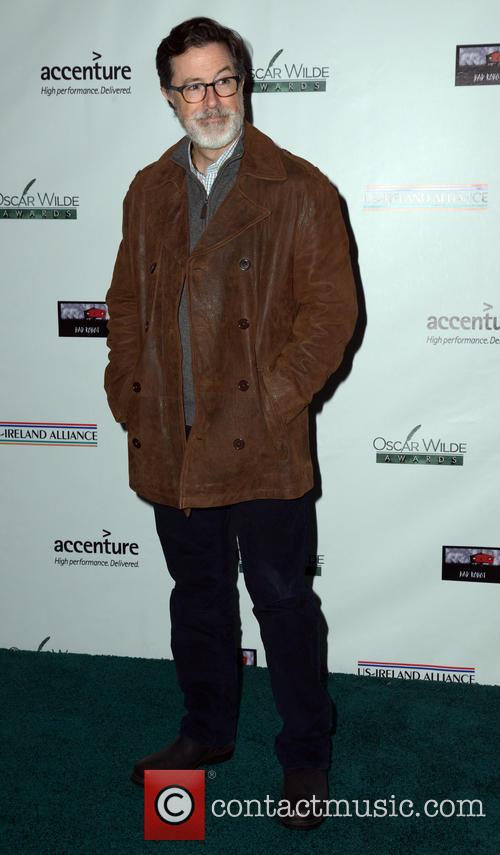 Yes that is Stephen Colbert

Well actually, Colbert’s next TV gig isn't what you think, as his 'Late Show' hosting duties don't start until September when he takes over from David Letterman. Instead, first on the agenda for Colbert is a guest appearance on Fox’s ‘The Mindy Project’ as, what appears to be, a man of the cloth.

Star Mindy Kaling unveiled the news via her twitter, posting a picture of herself and Colbert dressed in a priest’s vestments and standing in a church. “Coming soon to #themindyproject: Father Michael O’Donnell,” she wrote.

There’s no word yet on when Colbert’s guest appearance will air, or why Mindy has found herself needing a priest anyway. The role will mark the 50 year old’s first TV appearance since signing off from the 'Colbert Report' in December.

But back to that glorious beard. Colbert took his new facial hair for a night out on the town on Thursday evening where he was being honoured at the 10th annual Oscar Wilde Awards.

The talk show host told E! News the new beard was just part of his time-off look as he prepares for his big gig in September. ”I was curious what I actually looked like and it turns out it's this,” he said.

But as for how is wife Evelyn felt about her husband’s new look, ”My wife has gotten used to it now,” he said. “At first she wasn't sure who this man in bed with her was. She likes it OK, so I guess I'm OK with it.”