Colbert landed the prestigious slot after the Super Bowl this year.

Stephen Colbert made the most of landing the prestigious post-Super Bowl slot on Sunday night, as he mounted an ambitious special edition of ‘The Late Show’ that included a game of catch with President Obama and Chewbacca.

“I’m honoured to follow the Super Bowl,” Colbert said on Sunday (February 7th), opening ‘The Late Show’ and therefore becoming the first live late-night broadcast to get the coveted post-Super Bowl timeslot. “Because we’re broadcasting live tonight, I can do anything and CBS has a team of lawyers standing by to make sure that I don’t.” 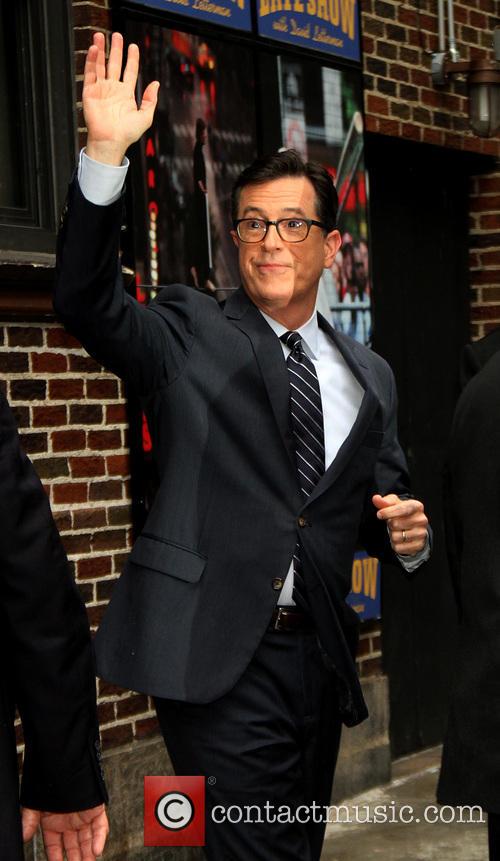 He then reeled off a list of the guests he had in store for the special episode - Will Ferrell, Tina Fey and Margot Robbie, Keegan-Michael Key, Jordan Peele, and the journalist he described as “Donald Trump’s Kryptonite Megyn Kelly” – he then started off a game of extreme-long-range football catch with President Obama.

More: James Corden and Stephen Colbert getting the post-Super Bowl timeslots on CBS

Firstly, he threw the pigskin off camera only for the shot to cut to soldiers in Afghanistan, who had watched the game, as they caught the ball. When he got it back, Colbert passed it to astronaut Scott Kelly on the International Space Station, who said he enjoyed the big game from his “sky box”. Chewbacca then intercepted the return pass, before Colbert finally threw it to the President, whom he described as “the tall guy with the really big ears”.

Obama said he’d watched the game and phoned the Denver Broncos, the victorious team over the Carolina Panthers. “This is not live,” Obama confessed. “We shot it last week.” Back in the studio, Colbert demanded proof. So Obama brought out a pre-taped Colbert, in the Oval Office with him.

“You don’t even know who won the game, sir,” interrupted Colbert. “Of course I do. It was the Denver Broncos,” Obama quipped.

Asked how he managed to foresee that a week ago, Obama replied, “Stephen. I’m the President,” before revealing that the list of all the Super Bowl winners for years to come are actually written on the back of the Declaration of Independence.