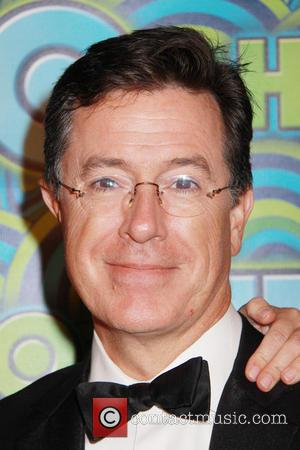 U.S. Tv comedian Stephen Colbert's dreams came true after he landed a brief cameo in The Hobbit: The Desolation Of Smaug.

The self-professed J.R.R. Tolkien superfan was long rumoured to have snagged a small role in the second installment of The Hobbit trilogy, based on the writer's popular fantasy novels, and eagle-eyed filmgoers have spotted the late-night talk show host's fantasy-turned-reality - as a lurking hooded spy.

Colbert, who director Peter Jackson dubbed the biggest Tolkien geek he had ever met, has made his adoration for the writer and his book series no secret.

Last year (12), the funnyman took his U.S. Tv series, The Colbert Report, to New Zealand, where the sequel is set, and dedicated an entire week of shows to The Hobbit.