Late-night talk shows rarely receive the much-sought after timeslots, but CBS has trusted their two brand new presenters with the task.

CBS has announced that the coveted timeslot immediately after next year’s Super Bowl 50 will be going to its newest late-night chat show host Stephen Colbert.

The network revealed on Wednesday (November 11th) that Colbert’s ‘The Late Show’ would broadcast live with a one-hour special after the fiftieth edition of the NFL showcase finishes on February 7th, 2016. It was also announced that James Corden, who has the programming timeslot directly after Colbert with ‘The Late Late Show’, will be getting the chance to broadcast a special edition of his show after the local news. 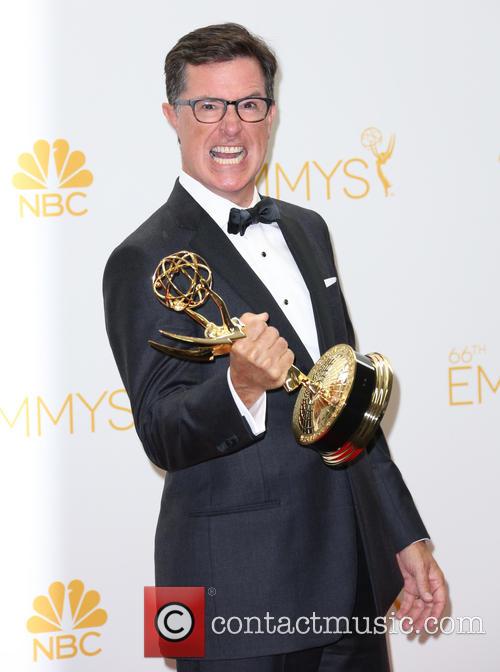 The post-Super Bowl slot, roughly at 10:30pm, is one of the most sought-after pieces of TV real estate annually, with a massive audience normally in excess of 20 million viewers sticking around after the conclusion of the game to watch whatever’s on next.

It’s the first time that CBS has ever given this timeslot to a late-night talk show, with TV executives usually playing it safe with shows guaranteed a strong viewership, or opting to plug a new show they have big expectations for.

More: First ever ‘Late Show with Stephen Colbert’ is a ratings success

Stephen Colbert inherited ‘The Late Show’ following David Letterman’s retirement earlier this year. Since he began his stint in September, his show has received glowing critical praise but is trailing Jimmy Fallon’s ‘Tonight Show’, which has an overall higher audience of 3.8 million to Colbert’s 3.3 million and, crucially, holds a higher share of the 18-49 demographic that advertisers treasure.

Exclusive coverage of the Super Bowl rotates among the three networks that have bought NFL TV rights – CBS, NBC and Fox.