The 50 year old satirical news presenter will be calling it a day in December before he moves on to 'The Late Show' next year.

The final episode for the long-running weeknight show ‘The Colbert Report’ will be broadcast on December 18th. Its presenter Stephen Colbert will end his popular Comedy Central show in preparation for his move to present ‘The Late Show’. 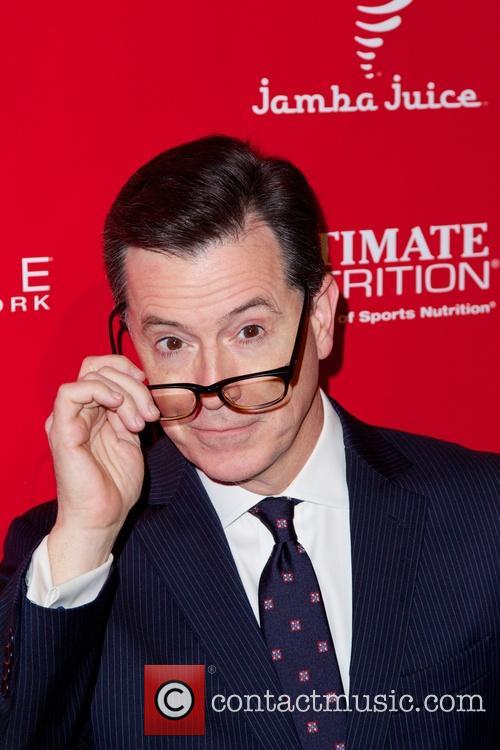 The final 'Colbert Report' will be broadcast on December 18th.

‘The Colbert Report’ began in October 2005 and has run every weekday night (Monday-Thursday) for the last nine years. For those unfamiliar with its format, Colbert presents the show as a conservative-style pundit, and it’s intended to be a satirical sideswipe at not only news events but also at right-wing reactions to those events.

On December 18th, 50 year old Colbert will be retiring this character, and will simply be playing ‘himself’ when he makes the move to CBS in the new year. He’ll be presenting ‘The Late Show’ from an as yet unconfirmed date in 2015 when its long-standing presenter David Letterman retires. That announcement was made back in April this year, but Colbert has until now remained tight-lipped as to when he would draw the line under the ‘Colbert Report’ era.

On Thursday’s edition of the show, Colbert dropped the bomb while promoting the paperback edition of his most recent book America Again: Re-Becoming The Greatness We Never Weren’t, published originally in 2012. During a speech, the shot cut away to another camera which zoomed in dramatically before he said: “On December 18th… my show is ending.” He went on to say: “Stephen Colbert, the guy you’ve seen here every night for nine years, will be gone. And all you’ll have left of me is this book.”

‘The Colbert Report’ itself is vacating a gap in Comedy Central’s weeknight schedule, which is due to be filled by ‘The Minority Report’ presented by Larry Wilmore from ‘The Daily Show’.

Before Colbert takes up the reins at ‘The Late Show’, he says he’ll be going on a vacation to Greece.