Let's hope the ratings get a boost.

Stephen Colbert is set to host the 69th annual Primetime Emmy Awards this year at the Microsoft Theater in Los Angeles, having been praised for his 'fearless passion' when it comes to live broadcasts. And it seems he isn't going to be holding back with the presidency jokes either. 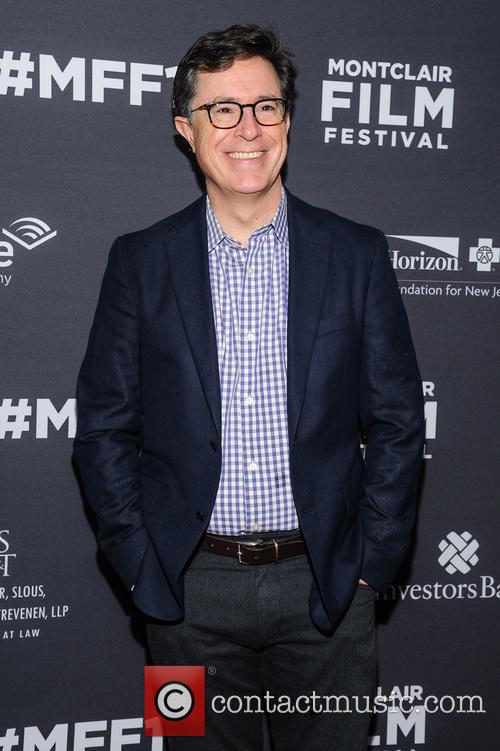 This will mark a first for 'The Late Show' host, who has previously hosted events such as the 39th Annual Kennedy Center Honors. As the recipient of no less than nine Primetime Emmys himself for 'The Colbert Report' and 'The Daily Show', Stephen is no doubt familiar with the set-up - and it seems we can expect a lot of anti-Trump jokes at the Fall event.

'This will be the largest audience to witness an Emmys, period. Both in person and around the globe', he quipped in a statement, making a veiled reference to Donald Trump's sensational claims about the turn-out at his inauguration last week.

'Stephen is the ultimate master of ceremonies with award-winning creative talents, and as we've seen the past few months, he has a fearless passion for live television', said CBS executive Jack Sussman. Perhaps a new face can help boost ratings for the Emmys show, which went from  11.9 million viewers to 11.3 million viewers over the last year.

Last year it was Jimmy Kimmel who hosted the ceremony; a second time for him as he also presided over the 2011 edition. This year, Kimmel will be hosting the Academy Awards, while James Corden from 'The Late Late Show' hosts the Grammy Awards.

Nominations for the 2017 Emmys will be announced on July 13th. In 2016, winners included shows the likes of 'The People v. O. J. Simpson: American Crime Story', 'Game of Thrones', 'Transparent', 'The Night Manager' and 'Veep'.

The Emmys are set to be broadcast September 17th 2017.