Actor Stephen Amell Is Preparing To Make His Official Wwe Debut By Facing Off Against Wrestling Superstar Stardust Later This Month (Aug15). 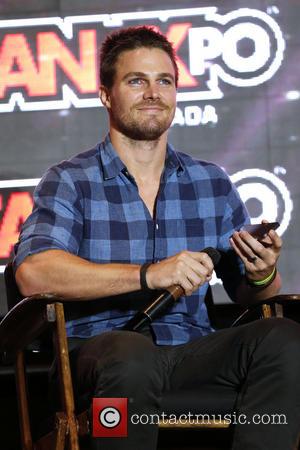 The Arrow star has been trading jabs with the late Dusty Rhodes' son, Cody 'Stardust' Rhodes, on social media for weeks and they came face-to-face during WWE's Monday Night Raw show this week (10Aug15), when the professional sportsman interrupted a match between other ring stars Neville and King Barrett to attack Amell, who was watching ringside.

Amell managed to hold his own against Stardust, until WWE security guards jumped in to restrain the actor.

Now the unlikely rivals have set a date to tussle in the ring as part of the WWE SummerSlam event, which is set to take place in Brooklyn, New York on 23 August (15).

The fight will feature Amell teaming up with Neville to go up against Stardust and Barrett.