Stephen Amell thinks 'Arrow' fans will be "super-pissed" at Oliver Queen in the season 7 premiere.

'Arrow' is rolling towards its seventh season and its 150th episode, and the show has never been more chaotic and thrilling. With Oliver Queen (Stephen Amell) now behind bars, after telling Star City that he was the Green Arrow, his team and friends feel a little lost in limbo, but will be forced to remain together and continue fighting against the criminal activity going on around them.

This weekend, it was revealed that Oliver would be going up against some of his old adversaries now that he's in prison, all whilst comic book villains The Longbow Hunters make their series debut.

Stephen Amell is sad to see Willa Holland leave 'Arrow', but "respects" her decision to move on.

'Arrow' fans were hit with some big news this week, as it was revealed Willa Holland would be leaving the series - and her role of Thea Queen - behind for good. The character was one created for television, bringing a family dynamic to the Green Arrow hero that hadn't been seen on the pages of his comic books. For the most part however, it was one that truly worked and served to bring all new layers and elements to one of The CW's most successful shows.

Holland is said to have wanted to quit 'Arrow' ever since the fourth season, and now six seasons deep, she's finally pulling the plug. Hoping to maintain a sense of professionalism within the show and keeping on good terms with everybody both in front of and behind the 'Arrow' cameras, nobody can deny that Holland has given a lot to ensure her leaving is something that works for the entire franchise.

Stephen Amell thinks that his show 'Arrow' will eventually become one with 'Black Lightning' in a special crossover.

Stephen Amell has some big plans for the future of the 'Arrowverse', admitting that he thinks his show 'Arrow' will eventually crossover with 'Black Lightning', despite the two superhero series taking place in completely different worlds. Crossovers between CW superhero shows have worked so well in the past, with 'The Flash', 'Supergirl', and 'Legends of Tomorrow' all coming together, that it seemed strange when the network announced 'Black Lightning' would be completely separate.

Away from the multiverse, or 'Arrowverse' as it has been christened, 'Black Lightning' has been able to cement itself as a force to be reckoned with in its own right. Cress Williams does a brilliant job of bringing the titular crime fighter, aka Jefferson Pierce to life, and the cast are all incredibly compelling in their performances. 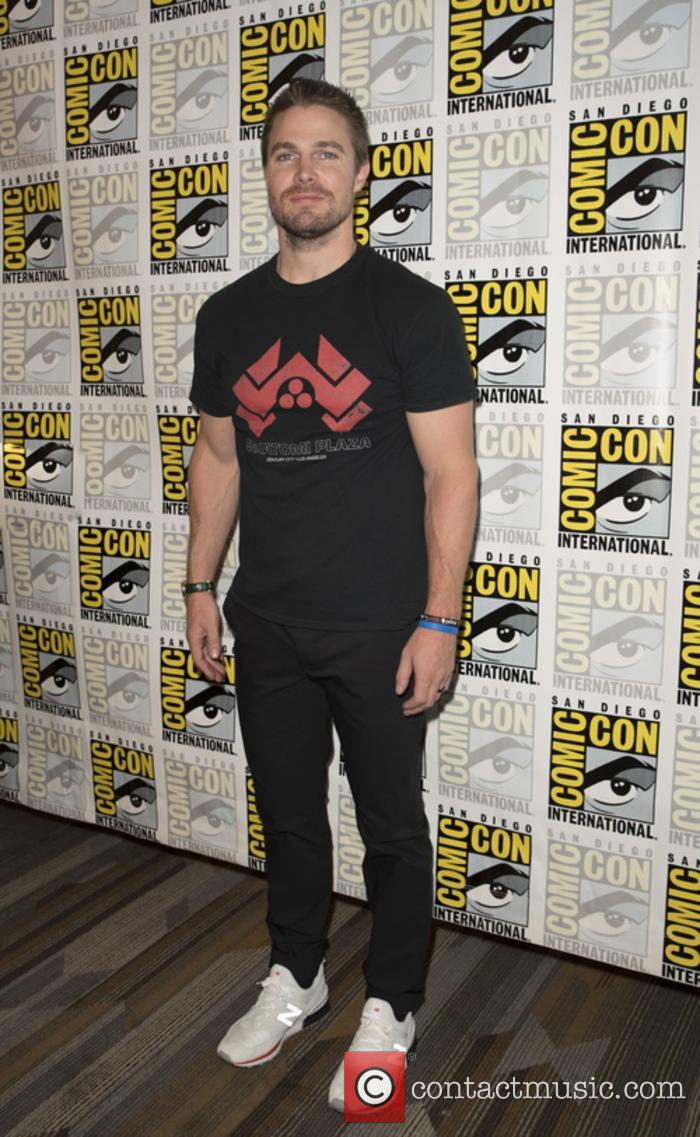 The show won't be seeing an addition from the Dark Knight any time soon.

Kicking off one of the most successful superhero universes the small screen has ever seen, The CW's 'Arrow' is a show that has really gone through the motions. Whether it's at its highest high or dealing with being trashed by viewers, it's survived each and every turn and looks to continue on into the distant future. 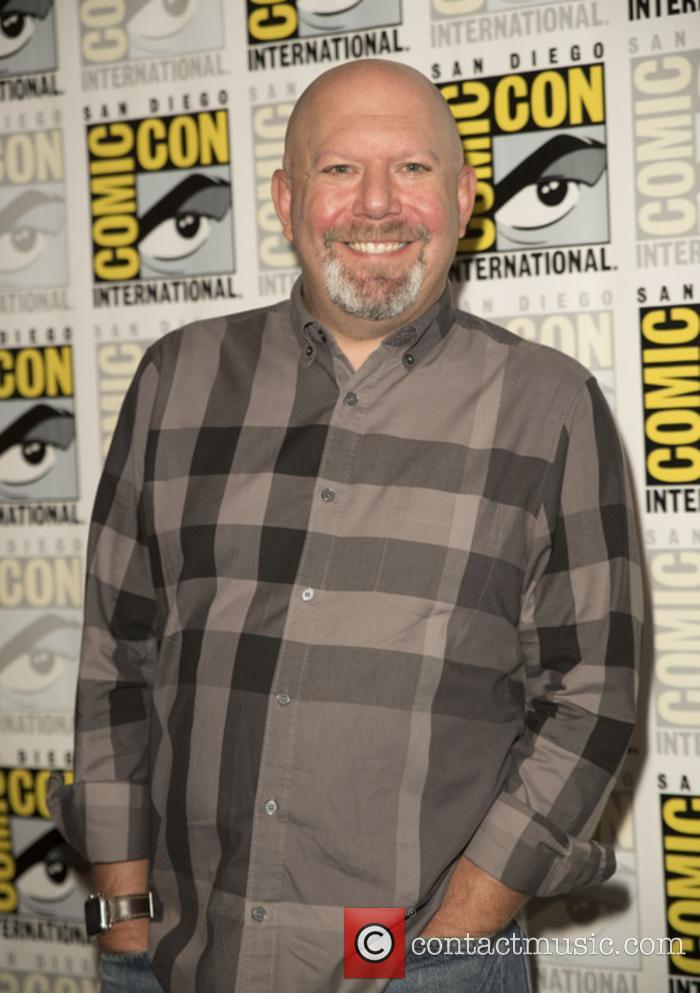 Stephen Amell leads the series in the titular role of Oliver Queen, also known as the vigilante crime fighter, the Green Arrow. Working alongside a close-knit team, he's helped introduce the 'Arrowverse' to a series of other heroes such as The Flash and Black Canary, but his journey isn't one that's been without tragedy. People have died and made huge sacrifices along the way, and that's something that sticks with Oliver.

The actor thinks he has the most screen time out of all the heroes involved.

One of the biggest parts of the Arrowverse that fans most look forward to each year is the annual crossover event, which sees the leading stars from 'Arrow', 'Supergirl', 'The Flash' and 'Legends of Tomorrow' come together, usually to save the world in some capacity. That looks set to continue this year, in a narrative subtitled 'Crisis on Earth-X' and the promise of more characters from the Arrowverse featuring than ever before.

Stephen Amell stars as Oliver Queen in the Arrowverse

Exactly what will go down in the crossover remains to be seen, but it looks as if 'Crisis' will be an event that dwarfs the scale of all that have come before it. This is going to be one of television's biggest four-hour stories, and actor Stephen Amell, who plays Oliver Queen aka the superhero, Green Arrow, seems to be very excited.

The actor says Oliver Queen is "totally out" of Team Arrow following the latest episode's revelation.

'Arrow' delivered one of its biggest game-changing twists of all time this week in the US, when the latest episode of the DC superhero series aired on The CW and saw Oliver Queen (Stephen Amell) take a step back from his crime-fighting role as the Green Arrow, passing the torch to his close friend John Diggle (David Ramsey).

Having watched Queen for five seasons to-date under the hood, battling enemies in a variety of different outfits as his character evolved and developed, not many saw the change to the hero coming, but it's one that could revitalise the series entirely.

The actor has also "tried to up the charm factor" as Mayor Oliver Queen.

Following its season 6 premiere, 'Arrow' seems to be continuing to ride a wave of success that saw the series brought back from the brink during its fifth season run. In seasons 3 and 4 that had come before that, an extremely vocal portion of fans and critics weren't too impressed by what the show was bringing to the small screen but fortunately, all of that seems to have now changed.

Writing, performances and the direction in which the show is going were all praised, and so now it's up to the viewers to stick with the series and ensure that viewing figures are kept up if they want to see more 'Arrow' in the future.

The actor says his character "respects" the villain too much to kill him.

Held captive by Anthony Ivo on the Amazo and meeting Oliver Queen (Stephen Amell) there, Anatoly Knyazev (David Nykl) formed a close bond with the future Green Arrow. That all looks set to change with 'Arrow' season 6 however, as the former friend is making a comeback, but proving to be a troublesome adversary for the skilled archer.

Having slipped into the criminal underworld, serving only himself and hoping to further his power whenever possible, Anatoly is now a corrupted man with a heavy cross to bear. Exactly how Oliver will deal with his return remains to be seen, but it's going to be very interesting to see how their past relationship plays into the upcoming scenes in season 6. 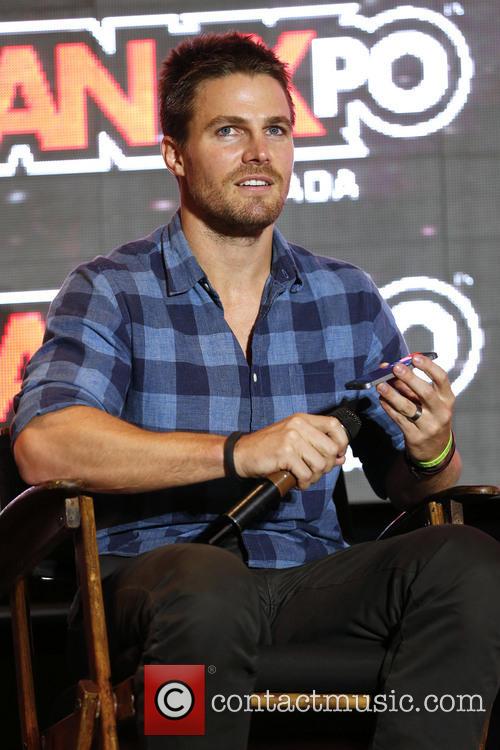 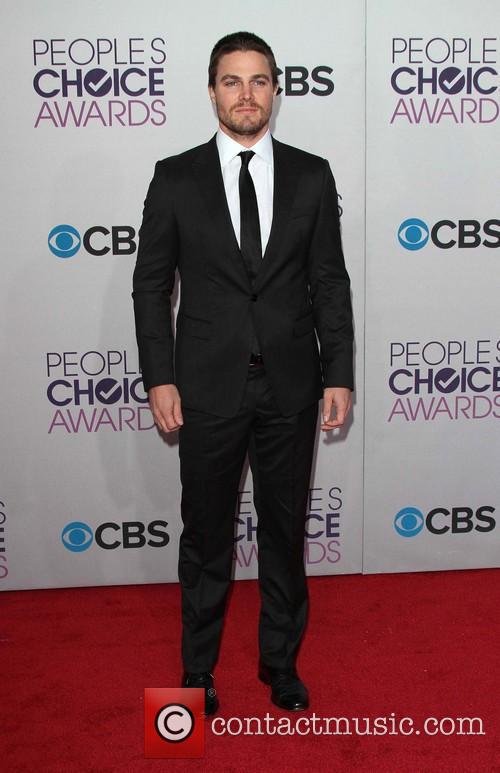 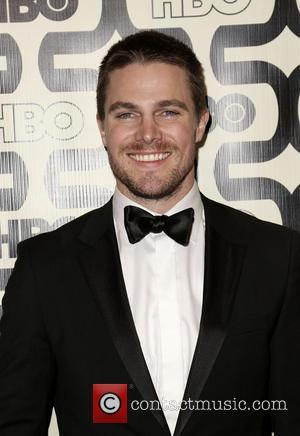