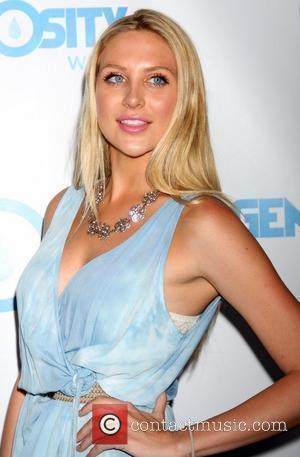 'The Hills' star Stephanie Pratt 's boyfriend Julien Chabbott has blasted the officer who charged him with assault for faking his injuries.
Tmz revealed a video showing Chabbott walking back to his parked Ferrari 458 where Officer Felix Recio stood writing a ticket for illegal parking. He got into the car, started the engine and began to roll forward despite the officer standing very close and telling him to stop. The car rolled over Recio's foot causing him to bang on the driver's window and forcibly remove him from the vehicle. Another officer rushes over to help cuff Chabbott as Recio slumps over the car in agony to speak over his radio. Ms Pratt doesn't look particularly impressed as the police give her permission to drive the car away.
Chabbott reportedly complained about receiving the fine and insisted that a valet parked the car there and it wasn't his fault. He then claimed that Recio pretended to have suffered an injury when he realised other officers were in the vicinity and, in the video, only started limping when the second cop came over. Despite his fairly baseless assertions, Recio was taken to hospital with injuries to his left foot and right hand where he received treatment. Chabbott was charged with felony assault and misdemeanour obstruction.