McConnell finally admitted to cheating on Stephanie while she was still in the 'Celebrity Big Brother' house - now she's dumped him, this time seemingly for good.

Stephanie Davis has been left devastated after her now ex-boyfriend Jeremy McConnell confessed to cheating on her the night before she left the ‘Celebrity Big Brother’ house last month, having consistently denied doing so until now.

A close friend of the 22 year old former ‘Hollyoaks’ actress spoke to MailOnline on Friday (March 4th) and described Stephanie’s mood as “shell shocked”, and that the news has “smashed her confidence into a million pieces”.

“Jeremy has point blank denied this until his TV appearance and so it was a massive shock to her when he appeared and announced that without giving her any warning,” the source said. 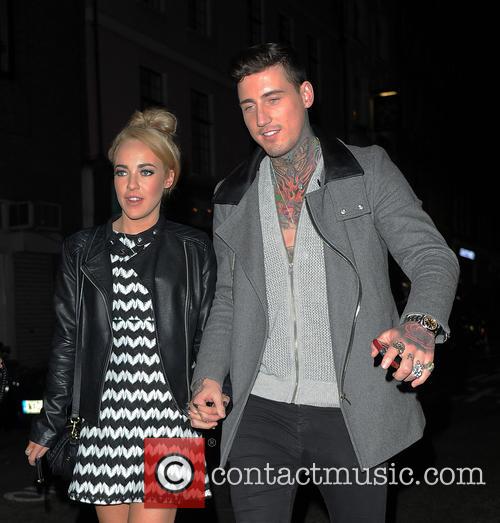 Irish model McConnell came clean during an appearance on a chat show on Irish TV station RTE1 on Thursday, having reportedly begged 19 year old Caroline Pope, a nightclub dancer from Newcastle, to keep quiet about the incident, which took place during the week after he left the ‘CBB’ and before Davis left as runner-up.

McConnell claimed that he had got “carried away” with Pope but that what they actually did wasn’t ‘cheating’ as Davis was still in a relationship with her previous boyfriend Sam Reece.

“I went down to Newcastle, and I ended up with a girl that night,” he said on the chat show yesterday. “But this was before me and Steph finally got into a relationship. In my head, she had a boyfriend. We were going to talk when she got out, and that's just the honest truth.”

Well, whatever his argument, it certainly doesn’t seem to have worked. “Stephanie is shell shocked with what has happened,” the friend continued.

“Jeremy should be ashamed of himself for how he has treated her. She is a girl who has openly talked about her problems, and him doing this like this has smashed her confidence and trust into a million pieces. To tell her on national television he would look after her and to then behave like this is disgusting. To openly and publicly deny he cheated even up to 2 days ago and to then get his friend Scotty to do the same and then admit it makes him look so stupid.”