24 year old Davis was arrested for allegedly assaulting McConnell at a hotel in London on Sunday night.

The most tumultuous relationship outside of ‘Love Island’ took another turn last night as Stephanie Davis was arrested after allegedly physically attacking her boyfriend Jeremy McConnell, after the pair got into a late night argument at a London hotel.

The up/down couple have been staying at the Royal Chace Hotel in Enfield while Davis, 24, has been working in the capital on ‘Big Brother’s Bit on the Side’. However, on Sunday night (July 2nd), police officers were called to the hotel and apparently arrested the mother-of-one and took her to a North London police station, where she remains in custody.

A statement from the Met Police on Monday morning said, according to Mirror Online: “Police in Enfield were called to a hotel in The Ridgeway, EN2 at 23:00hrs on Sunday, 2 July following reports of an assault." 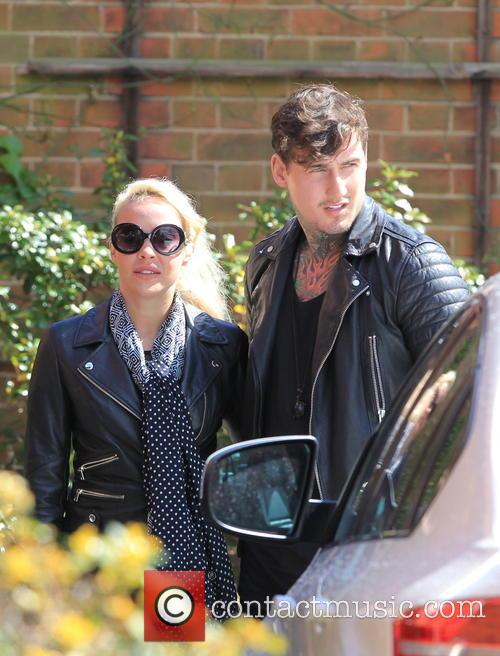 “Officers attended and arrested a 24 year old woman on suspicion of GBH. She has been taken to a north London police station for questioning. The victim was treated at the scene and did not attend hospital. Enquiries continue.”

Former ‘Hollyoaks’ actress Davis and Irish model McConnell, 27, have been in a tempestuous on/off relationship for the last 18 months since they met on ‘Celebrity Big Brother’ in January 2016.

Davis welcomed their baby son, named Caben-Albi George, in January this year and, after he took a paternity test, McConnell was confirmed as the father. It is not believed that the six month old was staying with them in the hotel at the time of Steph’s arrest.

McConnell was arrested back in March for allegedly assaulting Davis, to which he has pleaded not guilty ahead of a trial scheduled for August 7th. Since then, it has been revealed that he has been struggling with alcohol problems, and has entered rehab recently to deal with it.

“When I sense fear I tend to strike out instead of being able to deal with things…,” McConnell said in a recent interview about his past behaviour. “I'm very insecure. I'm scared of people leaving me. If I felt like Steph was going to leave me I would do something out of anger, like in the past. There's no excuse, but a lot of my behaviour is irrational and I am working hard to change that.”