Stella Mccartney To Show At Lfw

Stella Mccartney will show a collection from her eponymous line at London Fashion Week for the first time next year. 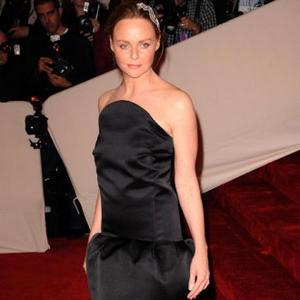 Stella Mccartney will show at London Fashion Week for the first time in 2012.

The British designer will showcase a "one off special fashion presentation" on February 18 ahead of an assault on the British capital which will see her launch a 'World of Stella' exhibition of Selfridges, a new fragrance launch, and the opening of a second store.

However, she will then present her new collection in Paris, France as she has done for the past decade.

Meanwhile, dates for the 'Louis Vuitton Marc Jacobs' exhibition at Les Arts Decoratifs in Paris have been announced.

The Celebration of the long-running collaboration between the designer and the French leather goods firm will begin on March 6, the day before Paris Fashion Week wraps up and is set to run until September 16.

Despite being linked with a move to Christian Dior to take over from disgraced designer John Galliano, Marc recently revealed he has no plans to leave Louis Vuitton because he enjoys considerable freedom with the company.

He explained: "I could never do this anywhere else. It's not just a Paris thing - Vuitton allows me. It's really, really something I feel particularly proud of and am grateful to the team for. We've all worked really hard and gone through a lot to get this to where it is now and we're starting to see results."