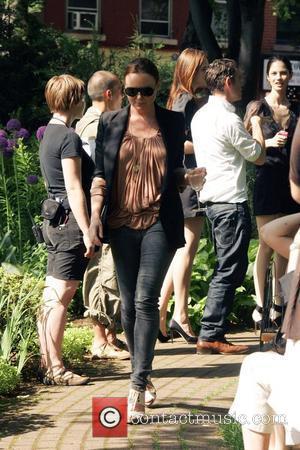 Stella Mccartney and Gwyneth Paltrow are reportedly trying to matchmake their single parents Sir Paul McCartney and Blythe Danner. The fashion designer and Oscar-winning actress, who are close friends, think MCCartney, 64, and Danner, 63 would be perfect for each other because they are close in age and have both lost spouses to cancer. A source tells British magazine Star, "Gwyneth's mum is much closer to Paul's age than HEATHER (MILLS) was, and Gwyn and Stella are practically best friends. "They would love it if their parents hooked up - and believe me, they've talked about it."