Clara is a Mexican-American gynaecologist who is unlucky in love but, even worse, extremely cynical about it. However, when her parents announce that they are finally getting married after a lifetime together, her sister encourages her to find a date for the wedding. She opts for a charming colleague named Asher, preparing herself for the backlash of his not being Mexican, and the day is going well until the arrival of her ex-boyfriend Daniel (who IS Mexican). She has spent so long trying to forget him, and it doesn't help that her family and friends are lavishing him with praise. Soon she is forced to spend time with him, and does her best to relieve the awkwardness between him and Asher. But after a while she starts to wonder which man she is falling for, and she remembers the reason why she gave up on relationships in the first place.

Continue: Everybody Loves Somebody Trailer

Harry's views on marriage are somewhat different to that of most of his fellow students, he'd rather opt for a traditional arranged marriage and grow to love his partner rather than the other way around. Though Harry's thoughts on marriage might differ from a western conventional method, the reasoning behind his thoughts is actually sound; arranged marriages have a very low risk of divorce. His parents stepped away from Indian tradition and married for love - after their marriage failed, Harry has seen good reason to seriously consider an arranged marriage of his own. 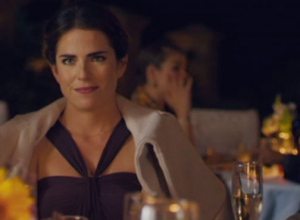 Clara is a Mexican-American gynaecologist who is unlucky in love but, even worse, extremely cynical... Harry's views on marriage are somewhat different to that of most of his fellow students,...