Status Quo are back!

It’s the moment British rock fans have been waiting for, their beloved Status Quo is back, as the legendary rock band are set to hit the stage once more with a much-anticipated set of shows.

Francis Rossi and Rick Parfitt will be joined by the other two original members for a series of reunion concerts. Parfitt told Sky News: "I think the really positive thing is that if we hadn't split up we couldn't have got back together again. It's very nice to see everybody again, to get to know everybody again because there's a lot of water gone under the bridge." The band has been hard at work in a studio London studio, trying to recover that sound that made them famous in 2977. "In places it's really fantastic to play together again. In places. We've got a lot of work to do yet, but it feels very nostalgic. I'll tell you after the first night. It's going to be good. Or not. One of the two." 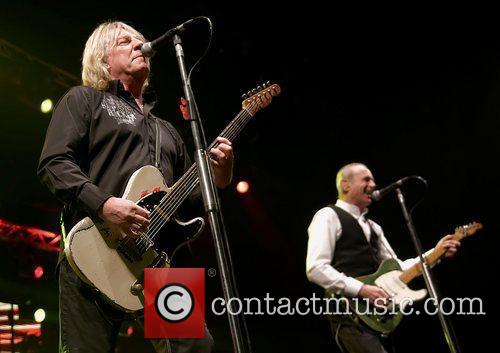 But Rossi says it hasn't been easy. "It's a different ball game than when those guys were here. The industry is different, our whole touring thing is more efficient. It's just completely different. Amplification is different. In-ear monitors they're trying to get used to. A lot of stuff they're trying to get used to that we just take for granted and there may be a bit of friction there because we're expecting it to be as it normally is."