Happy Star Wars Day one and all and, of course, May the fourth be with you. While fans eagerly get down to a serious movie marathon though, everyone else is wondering what on earth is so special about this day. Allow Stephen Colbert to explain. 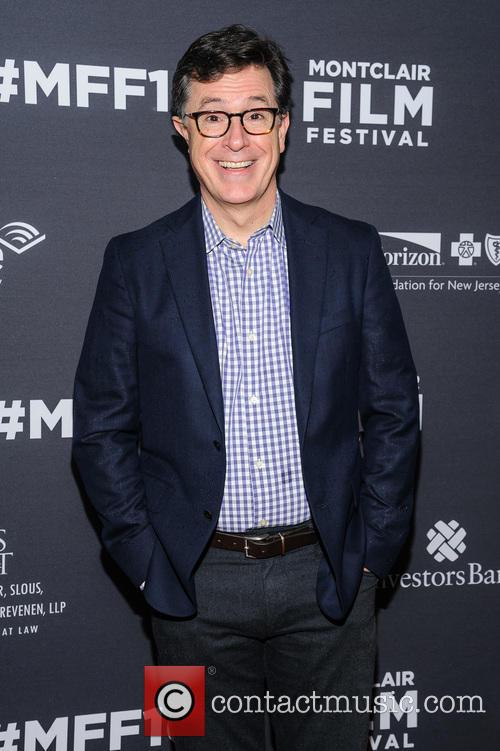 'The Late Show' host gave a one minute long summary of the original 'Star Wars' movies today (May 4th 2017), referencing Luke Skywalker as a 'simple farm boy' and Darth Vader as 'a handicapped man who needs a full-body respirator just to stay alive'. What makes it all the more funny is that you can't really deny the accuracy in spite of the ridiculous brevity.

''Star Wars' is a story of a simple farm boy who buys two robots; one looks like a garbage can, the other is programmed to be scared all the time for some reason, I'm not sure why', Colbert explains. 'The robots lead the farm boy to an elderly shut-in who tells him they must defeat a handicapped man who needs a full-body respirator just to stay alive.'

For any of you wondering why #MayTheFourthBeWithYou is trending, or what #StarWarsDay actually means, here's a brief @StarWars explainer... pic.twitter.com/lFuStXMTdR

'Then they meet up with a criminal and his screaming dog friend who give them a ride to outer space where the farm boy makes out with his own sister', he continues, in reference to Han Solo, Chewbacca and Princess Leia respectively. 'Then with the help of a mysterious force known as 'The Force', the farm boy becomes a great hero so he runs around a swamp wearing a muppet like a backpack.'

Yep, that 'muppet' was meant to be about Yoda. But that's not how the story ends. 'Anyway, the bad guy explodes planets so then they explode his planet so then he builds another planet then they explode that planet', he added. 'Then the farm boy helps kill the bad guy because the bad guy killed his father even though he actually is his father. And the whole thing ends with a dance party with a bunch of teddy bears and ghosts.'

There you go - if you didn't already know how the first 'Star Wars' trilogy went, you do now. As for why May 4th is such an important day, its purely about the pun. It's thought by some to have been first used by a British publication in 1979 in honour of Prime Minister Margaret Thatcher who took office that day. 'May the Fourth Be with You, Maggie. Congratulations', it apparently read.