The 40 year-old film-maker has been targeted by Lucasflim to write and direct the next two instalments of the newly rebooted sci-fi trilogy. 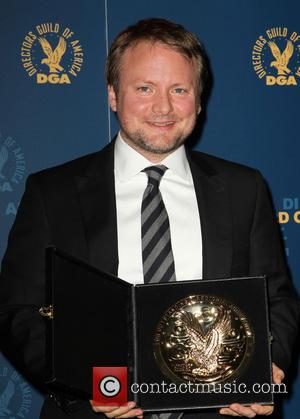 The forthcoming 'Star Wars' trilogy may have just found its next director.

The 40 year-old would be taking over from the sci-fi franchise's current director J.J. Abrams, who has previously insinuated that he would only take the helm of 'Star Wars: Episode VII,' which is currently being filmed in the U.K.'s Pinewood Studios.

Although Johnson has yet to publically comment on the exciting news, he did take to Twitter to post a short clip from the astronaut biopic 'The Right Stuff,' which insinuates that he has taken Lucasflm up on their offer.

"Dear Lord, please don't let me f-- up," actor Scott Glenn said when he was paying the role of Alan Shepard.

As for now, all fans of the 'Star Wars' franchise should just worried about 'Episode Vii' as filming has already ran into a major issue.

J.J. Abrams shooting schedule could need altering after Harrison Ford, who is reprising his famed Han Solo role, sustained a broken leg which required surgery just over a week ago.

It is expected that the injury, which occurred on June 12th, may side-line the veteran star for up to 6 to 8 weeks.

MORE: Pinewood Studios - The New Home of 'Star Wars' - To Double in Size

Ford's leg broke while he was shooting in the U.K. when a spaceship fell onto his leg. Ironically it was his character's own ship's hydraulic door, from the famed Millennium Falcon, that caused the damage.