It's been a hilarious year.

Everyone loves a funny video, so if you're not feeling the holiday spirit, allow us to plaster a smile on your face with our favourite viral clips of the internet. Because it's not all about cute cats, perfectly executed pranks and incredible flashmobs; though they're pretty cool too. 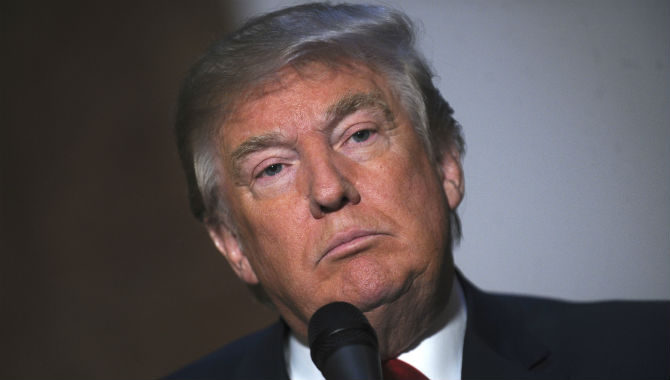 People have loved making fun of Donald Trump this year

1. Pizza Rat - It's not exactly hard to get a slice of pizza in New York, but who knew they delivered to the city's wildlife now too? One subway rat was spotted looking immensely pleased with itself as it carried off a delicious cheesy slice down some steps. It looked like it could've done with some help.

3. The Republican Debate: A Bad Lip Reading - And whilst we're on the subject, we can't forget this gem starring Donald Trump and others which racked up more than 12 million views. Now this is a Republican debate I could watch all day.

4. Dave Grohl Vs. Animal - The two greatest drummers in the world face off in promotion of ABC's 'The Muppets'. It's a serious competition that sends both drum kits flying, and even the competitors can't decide who's the winner.

5. Drake's 'Hotline Bling' Re-Imagined - A few unlikely celebrites including Bryan Cranston, Amy Schumer and Seth Rogen recite the lyrics to this hit song for W Magazine. And it's... amazing. We never knew that that floor-filler could sound like such deep, meaningful poetry.

6. Stewie Griffin's 'Uptown Funk' - An incredible impressionist put his talent to the test with his own cover of 'Uptown Funk' by Mark Ronson featuring Bruno Mars. Mikey Bolts does 'Family Guy' and 'American Dad' characters to great effect. Check out his channel for more amazing parody covers.

7. Gaston Push-Up Contest - Everyone loves Disney World; it's a chance to meet your favourite Disney heroes and villains - and challenge them to a competition of strength. For one guy though, he was shamelessly humiliated when it turned out Gaston's muscles weren't exactly all padding...

8. Katniss Loves Pita - Somebody mashed up all Katniss Everdeen's 'Peeta' exclamations with graphics of pitas, giving a whole new meaning to that 'Hunger Games' romance. In fairness, you'd be crazy not to love pita.

9. Jennifer Lawrence Pranks Smosh - And speaking of 'The Hunger Games', star Jennifer Lawrence is just as funny when it's on purpose too. During an interview with the Smosh team, they planned a prank that would see one behind-the-scenes dude feed strange commands to the interviewer through an earpiece. Little did they know that J-Law was aware of their plans to prank her, and she and her co-stars set up a counter-prank of their own with a little help from one die-hard Smosh fan.

10. Just Me In The House By Myself - Episode one from Jack Dishel's new web series :DRYVRS. Macaulay Culkin reprises his role as Kevin McCallister from 'Home Alone', but this time he's older and a little screwed up following his traumatic childhood. Word to the wise, don't try and rob this guy.

11. A Thanksgiving Miracle - 'Saturday Night Live' seemingly explored the realness of family gatherings at Thanksgiving. Everyone's got different opinions and somehow political issues always get brought up and major arguments ensue. However, there is one thing we are all united in, and that's our love of Adele's new single 'Hello'.