Need a laugh? Look no further.

Sometimes in life you come across people that just have the most infectious personalities. As it happens, there are plenty of those around in the world of viral videos and, seeing as we've got 'Rogue One: A Star Wars Story' to look forward to this year and 'Episode VIII' next year, the 'Chewbacca Mask Mom' is only appropriate to share. 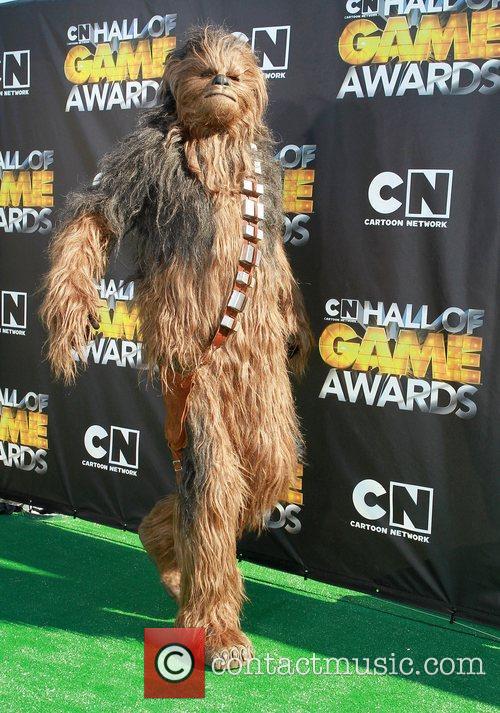 As  Candace Payne says, it's the simple joys in life. And one of those joys is watching a fully grown woman laughing gleefully about her new Chewbacca mask that she treated herself to from Kohl's. When this mother of two and avid 'Star Wars' fan visited her local department store, she thought she was just making a routine stop. But then she discovered the most amazing Wookie mask you ever saw.

Back in her car, she couldn't wait to unveil her purchase to her friends on Facebook, and shot a live video featuring her laughing like crazy as she demonstrated how the mask not only moves when you talk, but makes the Chewbacca noise as well. 'I'm such a happy Chewbacca!' She howled as she caught her breath amid her unceasing giggles. 'This is worth every penny!'

Candace's video has managed to garner more than 140 million views, which means it's the most viewed live video in Facebook history. For a very good reason. During an interview on 'Good Morning America' she explained how she came to purchase the unusual Hasbro toy.

'I honestly wasn't there for the mask, I was there for myself for some yoga pants 'cause I'm trying to work out more. It's not really going that well', she said. 'I ended up going to the toy section because I got discouraged about the yoga pants and I thought 'Maybe not today, but I can get a toy for my kids'. I walked through the toy section and I accidentally bumped by shoulder into this box and I had seen this before but I didn't realise it made sound until that moment.'

Following that, she was presented with an enormous haul of 'Star Wars' themed Hasbro toys and gift certificate for $2,500. A pretty amazing prize for a spontaneous video, but Candace admitted that best gift was bringing a precious moment of joy to those who needed it most.

Yesterday, Candace appeared on 'The Late Late Show' with James Corden, where he revealed that the actor who plays Chewbacca, Peter Mayhew, had given her and her family VIP access to a fan expo in her hometown of Dallas along with a private meet-and-greet, to her utmost delight. She also got to meet 'Star Wars: The Force Awakens' director JJ Abrams on the show, who signed her mask and joined her and Corden in some carpool hilarity.