Their starship can take a lot of damage, but not that much.

The crew of the USS Enterprise are, by now, adept at overcoming life-threatening situations, but the upcoming third instalment of the re-boot 'Star Trek' film series sees them facing a threat much more serious than ever before. 'Star Trek Beyond' unveils a new adversary for Kirk, Spock and company.

Zachary Quinto returns as Spock in Star Trek Beyond

The USS Enterprise has suffered a fair share of damage during the team's various adventures, but this time it gets utterly destroyed by some unidentified aliens. Without their starship, they are completed stranded on a strange planet with no way of getting help. And not only that, but, surprise surprise, this planet happens to be home to a new mortal enemy. But how are they going to defeat them without their beloved Enterprise? 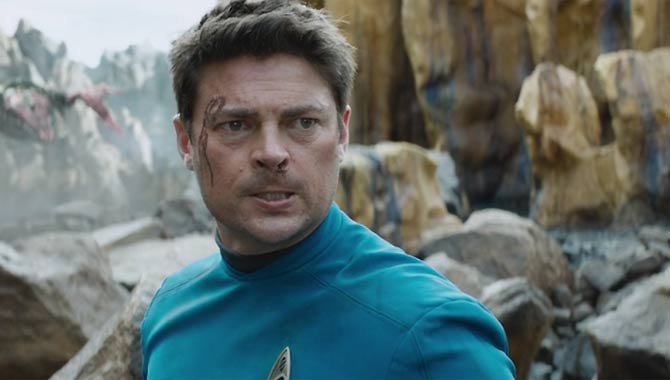 Joining returning screenwriter Roberto Orci are star Simon Pegg ('Shaun Of The Dead', 'Spaced', 'Hot Fuzz') who's no doubt thrilled to have a bigger role in the continuing series as well as playing Scotty, alongside Doug Jung ('Dark Blue') and debut screenwriters John D. Payne and Patrick McKay.

Watch the trailer for 'Star Trek Beyond' here:

With JJ Abrams having been way too busy working on the year's most anticipated film, 'Star Wars: The Force Awakens', Justin Lin has taken over as director with Abrams as a producer. Among Lin's previous credits are the last four 'Fast & Furious' films apart from, of course, the latest: 'Furious 7'; though, unlike Abrams, he is not among production credits for that one. 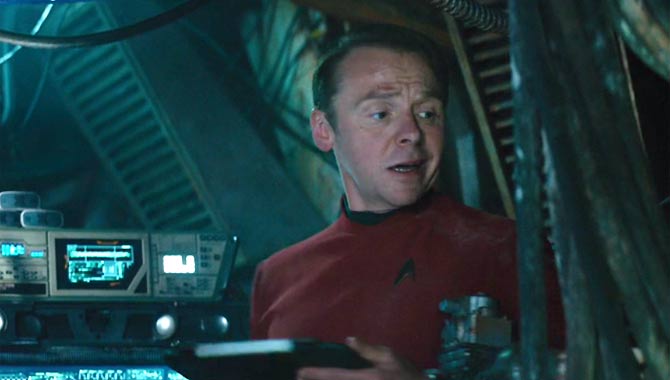 Simon Pegg got to join the writing team on this sequel

As well as the likes of Simon Pegg, Chris Pine, Zachary Quinto and Zoe Saldana returning to 'Star Trek', the cast also welcomes newcomers Idris Elba and Sofia Boutella, the latter of whom starred in Matthew Vaughn's 2014 spy comedy 'Kingsman: The Secret Service'.

More: Read our review of 2013's 'Star Trek Into Darkness'

Captain Kirk and his crew face their biggest disaster yet

This is the thirteenth film of the entire 'Star Trek' film franchise and, as part of the 50th anniversary celebrations, 'Star Trek Beyond' will be released on July 22nd 2016. 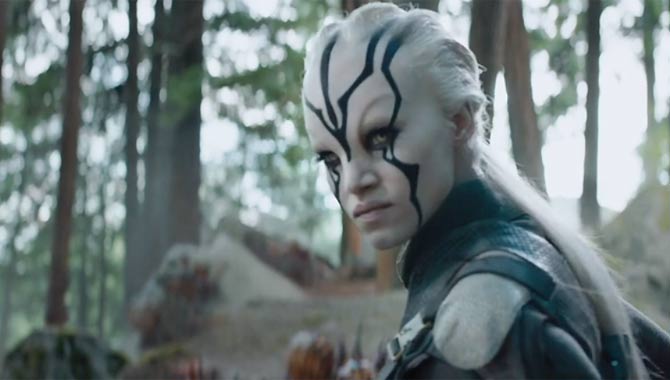 Sofia Boutella is among the cast newcomers