The Cast Of Star Trek Beyond Has Paid Tribute To Their Late Co-star Leonard Nimoy In A Touching Video As Part Of A Fundraising Campaign. 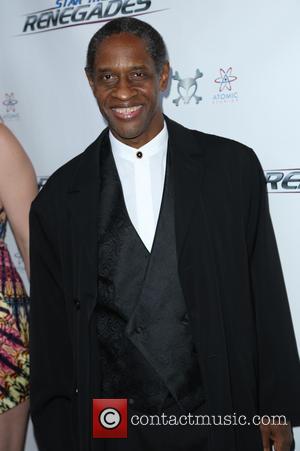 The stars of the upcoming Star Trek blockbuster, including Chris Pine, Zoe Saldana and Zachary Quinto, teamed up with fundraising website Omaze.com to launch the Star Trek: To Boldly Go campaign, which encourages fans to donate $10 (£6) each for the chance to win a walk-on role in the film.

The proceeds from the fundraising project will benefit nine international charities personally selected by the cast.

As the campaign approaches its final week, the last seven days have been dedicated to Nimoy, who played beloved Star Trek character Mr. Spock on the big and small screen, and his favourite organisation, St. Jude's Children's Research Hospital.

In a video on the website, Quinto, who now plays Spock on the big screen, remembers Nimoy as "an actor, a champion of the arts, and a true inspiration to so many."

"Through his legendary portrayal of Spock, he influenced countless scientists and artists - myself and the rest of the cast included. It was an honour and a privilege to know him and to call him a friend."

The Star Trek: To Boldly Go campaign ends on 1 September (15).