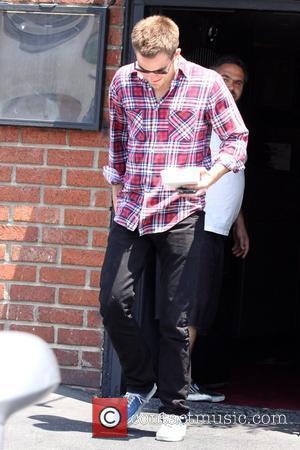 Star Trek hunk Chris Pine has dumped reality TV star Audrina Patridge after reportedly tiring of the intense media attention their love connection garnered.
The actor sparked rumours he was dating The Hills star Patridge after they were spotted dining together in Los Angeles last month (May09), weeks after meeting for the first time at the ShoWest event in Las Vegas, where they were both presented with awards.
But Pine has now called time on the relationship because he's uncomfortable with having his love life thrust into the limelight.
A source tells Us Weekly magazine, "Chris got freaked out by all the attention and pulled away.
"He's a shy guy and doesn't want to be in the spotlight."