Film professor gets the chance to read a shelved Kubrick project.

A university professor got the surprise of a lifetime when he discovered a discarded screenplay written by none other than Stanley Kubrick at least sixty years ago. He had been researching the director's last project when he made the discovery at Kubrick's London archives.

Entitled 'Burning Secret', the script was uncovered by Nathan Abrams of Bangor University; a film professor who has recently been researching a book about Kubrick's last film 'Eyes Wide Shut'. He'd been shown the script by a relative of one of the filmmaker's would-be partners.

She brands the theory a 'grotesque lie'.

The daughter of Stanley Kubrick, Vivian Kubrick, has spoken out to de-bunk the popular rumour that her father conspired with the US government to direct fake footage of the 1969 moon landing. After being hit with the suggestion for so many years, she's finally unveiled an open letter to settle her feelings on the matter once and for all.

Stanley Kubrick is best known for directing 'The Shining'

Everyone loves a conspiracy theory and the one where 'The Shining' director Stanley Kubrick directs some footage of the first moon mission after being employed by the governement has been a well-known theory for decades. However, someone who doesn't love it so much is his 55-year-old daughter Vivian Kubrick who branded the whole thing 'a grotesque lie' and claimed her father would have seen it as 'a terrible betrayal'.

'Doctor Sleep' Released: 5 Of The Weirdest 'The Shining' Conspiracies

Fans of Stephen King will be excited to learn that he has finally penned a follow-up to his 1977 horror novel, The Shining. Entitled Doctor Sleep, the new book will return to the characters of The Shining and will focus on Dan Torrance, now a middle-aged man.

King, The Master Of Horror Fiction, Is Releasing A New Book.

Fleeing his father's legacy, Dan eventually settles into working in a nursing home, providing comfort to the patients with his mental abilities. Dan becomes "Doctor Sleep" with the aid of a cat who can foresee the future, and he must save a 12 year-old girl from an evil travelling cult.

In his latest novel, Stephen King has decided to return to one of his most famous titles to date, 'The Shining,' to revisit Danny Torrence childhood to adult life

Stephen King has a new book coming out, but with his latest release the literary champion has promised something a little extra as he revisits one of his most famous works: The Shining. His new book, Doctor Sleep, will pick up one year after the faithful events that took place in the Overlook Hotel, and follows central character Danny Torrence in the years leading up to and entering manhood.

Ahead of the release of his newest novel, King spoke with the BBC's Will Gompertz about why he chose to revisit the Torrence family, and why it took so long for him to return to the story (The Shining was first published in 1977). He also went on to explain how he found Jack Torrence, who is played by Jack Nicholson in Stanley Kubrick's timeless adaptation of the book, is one of his most auto-biographical characters, although admitted he does feel a connection with Danny.

"I was curious about what would happen to him, because he's a real child of a dysfunctional family," King said in the interview. "In some ways I think his father, Jack Torrence was the most autobiographical character i'd done, because at the time I wrote the book, I was drinking a lot... I saw him as this heroic character that was battling his demons on his own, the way that strong American men are supposed to."

Next project for Steven Spielberg will be adaptation Stanley Kubrick's Napoleon

Steven Spielberg is reported to be working on a project that the late Stanley Kubrick was unable to finish himself, though it was a long-term passion of his. According to Entertainment Weekly, Kubrick never actually came around to making Napoleon, though it remained an underlying project of his for some time. He reportedly once told studio executives that he wanted Napoleon to be “the best movie ever made,” in typically humble Kubrick fashion.

Spielberg is not in the business of making a Napoleon movie though, according to the report. Instead, the famed Lincoln director wants to adapt Kubrick’s Napoleon into a TV series. “I’ve been developing Stanley Kubrick’s screenplay for a miniseries, not a motion picture,” Spielberg announced on the French TV station Canal Plus, though his representatives had no further information on the project. This would not be the first time that Spielberg has taken on a Kubrick-developed project, either. Kubrick had worked on A.I. for many years before handing it over to Spielberg to complete.

Stanley Kubrick was an innovative movie director, best known for cult classics such as A Clockwork Orange, The Shining and 2001: A Space Odyssey. He passed away suddenly in March 1999, aged 70, just a few days before he was due to finish editing his final movie, Eyes Wide Shut. He never saw the final version of the movie, which starred Tom Cruise and Nicole Kidman.

By Contributor in Lifestyle / Showbiz on 29 October 2012

One of the big events of the weekend was the LACMA Film + Art Gala which saw some of the great and good of Hollywood in attendance to raise a glass in honour of the director Stanley Kubrick and artist Ed Ruscha. Cameron Diaz, Evan Rachel Wood, Robert Pattinson, Will Ferrell and Salma Hayek were just some of the names there for the event which cost between $5000 and $10000 a ticket. 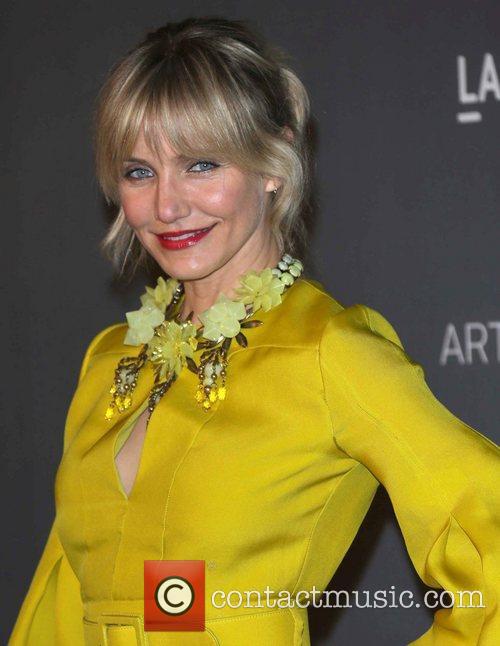 By Christopher Null
Extraordinary
The best movie ever made about the American experience in Vietnam happens to have been filmed by an American expatriate living in Britain. Stanley Kubrick's war masterpiece is split into two parts, and it's the first that is laser-engraved into the psyche of any film fan. R. Lee Ermey has never (and will never) be able to shake the role of the uber-demanding sergeant, and Matthew Modine and Vincent D'Onofrio turn in career-making performances as well. Written tautly to the point where it's impossible to look away, this harrowing look at the war -- and what the experience was like for the troops before they ever set foot on foreign soil -- is unmatched in the genre.

By Christopher Null
Very Good
One of the first scary movies I remember seeing as a kid, The Shining certainly has its flaws, but those twin girls and the blood coming out of the elevator... and boy oh boy that nasty woman in the bathtub... parts of The Shining just stay with you. Forever. Not Kubrick's greatest work (let's be honest: entire sections of this film make no sense at all), but hey, it's creepy as hell.

By Christopher Null
Extraordinary
Mr. Kubrick would have been upset. I take that back. He would have been totally pissed. I'll get it out up front: Our screening was interrupted by a fire alarm, which sent the entire San Francisco press constituency outside for a full hour, and ultimately forced us to miss about five minutes of the movie, right in the middle, where it was getting juicy. Not to mention that whole digital alteration thing. Ugh.

That aside, this is one hell of a movie. A somewhat bizarre cross between A Clockwork Orange and The Shining, Eyes Wide Shut is the work of a meticulous craftsman -- a luscious and rich odyssey through the streets of New York, and into the minds of a couple of its residents.