On their final headline show and penultimate set, it is business as usual for Standard Fare. Amongst friends and family turned out to see the homecoming Kings and Queen, any interaction with the audience is as awkward and prompt as ever. It makes for a difficult summation; what should feel like a goodbye, an 'event', just feels like another gig. Thankfully, there are few better ways to spend a night than to be at 'just another' Standard Fare gig. 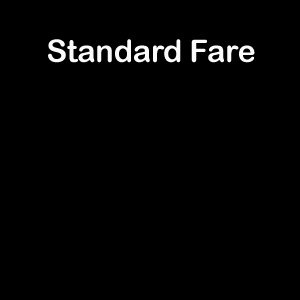 A staple of the "bad beards and dresses" indie-pop circuit, Standard Fare only put out two full-lengths in an eight-year career but they filled both with enough catchy hooks and quotable lyrics for twenty. Due to this, every track given an airing in Sheffield's Queens Social Club is a highlight, and the ramshackle jangle-punk of 'Suitcase' and '051107' are met with the same response as the more driving, refined 'Crystal Palatial' and 'Love Doesn't Just Stop'. They find a midpoint between the wide eyes of Camera Obscura and the real-world woes of Frightened Rabbit, but have a charm that sets them apart from the hundreds of bands that operate in a similar field.

Leading the way, vocalist Emma Kupa has one of the best voices in indie rock in the same manner that Sergio Busquets is one of the world's best footballers; others around them may be more technically proficient, and they may be sneered at by purists, but the qualities that they hold are essential and irreplaceable in the context they are placed in. It is what turns a song like the aforementioned 'Love Doesn't Just Stop' from a well-written pop song into a real hair-on-your-neck moment.

The most common overheard comment on the dancefloor before and after their set is (inevitably) that Standard Fare deserved to be bigger than they are/were. Is that the case? Probably not. No band 'deserves' to be bigger than they are irrespective of how many 100 capacity venues they play, and their intricacies will always prevent mainstream crossover, but few bands have as many pop gems as Standard Fare have amassed out of sight, and they will certainly be sorely missed. 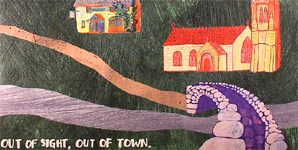 Standard Fare - Out Of Sight, Out Of Town