The Cast Of X-men: Apocalypse Appeared Together Onstage For The First Time At Comic-Con On Saturday (11jul15), Surprising Fans With Footage From The New Movie And Guest Appearances From Co-creator Stan Lee And Actor Channing Tatum. 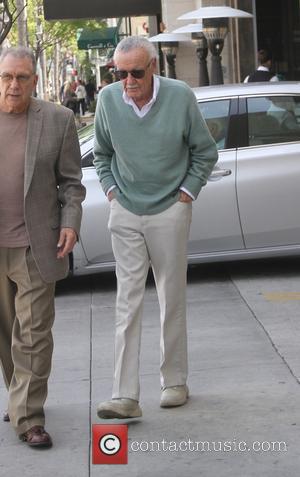 Fourteen actors took to the stage at the convention in San Diego, California, and a trailer for the Bryan Singer-directed movie was shown to the audience, who roared in approval and applauded the stars, including Michael Fassbender, Jennifer Lawrence, Nicholas Hoult and Sophie Turner.

It gave the first glimpse of A Most Violent Year star Oscar Isaac as the villain Apocalypse, and showed British actor James McAvoy as the bald-headed Professor X.

The X-Men panel started with a look back at Hugh Jackman's career within the comic book franchise, as the Wolverine actor has said he is hanging up his superhero costume for the last time.

He told the crowd, "This has been the greatest things (sic) that has ever happened to me."

The cast didn't let up on the surprises, bringing Stan Lee out on stage along with Channing Tatum - who is playing X-Men member Gambit in a new solo film - to pose for a group selfie.