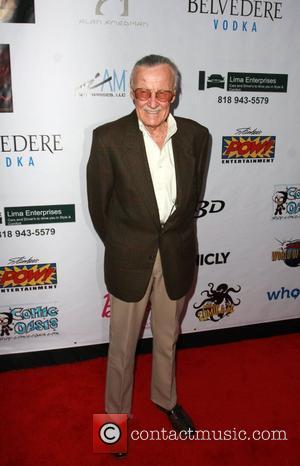 Stan Lee Media closed down over 10 years ago but are now claiming that they were contracted all of the rights to Lee’s creations (including for Spider-Man, X-Men and some of the Avengers) in 1998 despite the fact that Lee also assigned rights to the Marvel comic book company that was then bought by Disney. The 10-page complaint reads: ‘The true facts are that Stan Lee Media Inc. owns the copyrights to Stan Lee's creations. Accordingly, Stan Lee Media Inc. is entitled to the billions of dollars of profits that have been kept by Defendant Disney.’

The company claims that their contract with Lee surpasses Marvel’s because it took place first and Disney didn’t record Marvel and Lee’s agreement publicly with US Copyright Office. A spokeswoman for Walt Disney Co. made a statement to the LA Times earlier today in an email which read: ‘This lawsuit is without merit, it arises out of the same core facts and legal claims that have been rejected by three federal district court judges.’ However, there has been no response so far from Stan Lee’s representative.