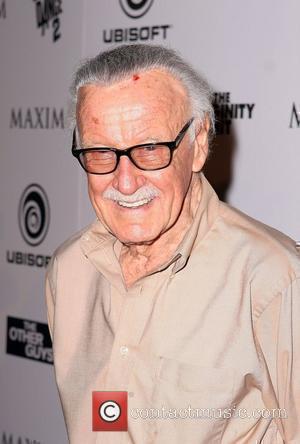 Comic book mastermind Stan Lee has been hit with a trademark infringement lawsuit over the name of his newest comic creation, SUPER SEVEN.
Lee - the man behind Spider-Man and the X-Men - is facing legal action from bosses at toy company Super 7, who claim they own the trademark to their name.
Lee announced plans for his latest multimedia series at the Comic-Con event in July (10) but Super 7 executives allege they tried to stop him going forward with his plans in February (10).
They claim they wrote a letter outlining their trademark rights and were told that Lee would "move in a different direction" and "develop another mark", according to the complaint, filed on Thursday (05Aug10) in the U.S. District Court in California.
Super 7 bosses are demanding an injunction to stop Lee from using the trademark as well as the destruction of all prints, packaging and ads with the names Super Seven or Stan Lee and the Super Seven.