Waterhole is the second single from Stalking Horse and is being released as a digital single through ILR (I Like Records).

This live video for Waterhole sees Stalking Horse performing at an intimate gig which took place on October 28th 2011 in Ghent, Europe and was filmed by Guillaume Pakel & Jerome Vasseur.

Leeds based Stalking Horse is a new solo project from Neil 'Wu' Widdop (This Et Al) and he released his debut single Heathen Head, Howling Heart in May 2011 on Too Pure Singles Club. Waterhole was recorded with the help of producer James Kenosha, who has worked with Pulled Apart By Horses; Dinosaur Pile-up and Lone Wolf in the past.

Stalking Horse is the first act to be signed on fellow Leeds band I Like Trains' record label, ILR. Waterhole is the first non I Like Trains release, following on from the bands' second album He Who Saw The Deep, which was released in 2010.

Stalking Horse recently played a series of live shows in Europe with I Like Trains, including in the aforementioned Ghent; Stalking Horse also performed at the Constellations festival in Leeds on November 12th, 2011. 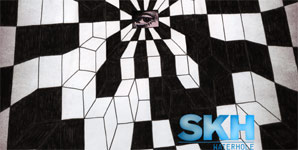 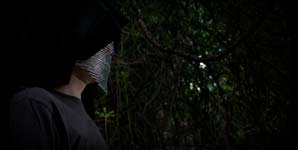