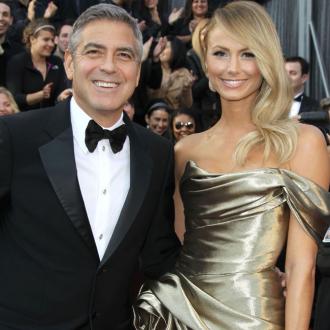 Stacy Keibler has moved in with George Clooney.

While the former wrestler spent most of the summer with her boyfriend at his home in Lake Como, Italy, she has also moved in to his Los Angeles bachelor pad, leading friends to believe their relationship has gotten very serious.

A source told Life & Style magazine: ''She's 100 per cent moved in with him, she spends her summers at Lake Como in Italy and all her stuff is at his place in Los Angeles.

''While she maintains a small rent controlled apartment in West Hollywood, she uses it as a storage space for mementos and personal items. All her clothes are at George's and she never goes home.''

George, 51, reportedly believes the 32-year-old blonde is the perfect woman for him because she isn't clingy like his past girlfriends.

The insider added: ''Stacy is his dream woman. She doesn't call to check in. He calls her more than she calls him.''